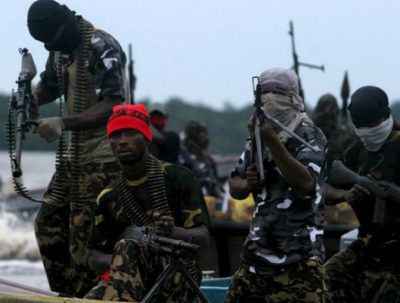 ABUJA, August 18, 2016 – The Niger Delta Avengers (NDA) militant group shrugged off on Wednesday the proposal made by Minister of State for Petroleum Resources Emmanuel Ibe Kachikwu last week to enter into ceasefire talks.

Active since March 2016, the NDA have claimed responsibility for the majority of attacks on Nigeria’s oil and gas infrastructure over the past few months. “We are not ready for any negotiation or dialogue with the federal government,” Bloomberg reported the group as saying on Wednesday. The statement was an apparent response to the call made by Kachikwu for a 60-day ceasefire.

By contrast, Nigeria’s Vanguard news outlet on Wednesday reported that the NDA had established a “contact and dialogue team” as a vehicle for negotiations, headed by Ballantyne Agiri, the former director of youth development on the Niger Delta Commission.

“The body has collectively and willingly agreed to heed the clarion call of eminent Nigerians and [the] international community to dialogue with the federal government,” Agiri was quoted as saying. He added that the individual NDA members who would take part in the negotiations had already been selected. “The federal government should be ready for structural changes that should be human and development oriented,” Agiri said.