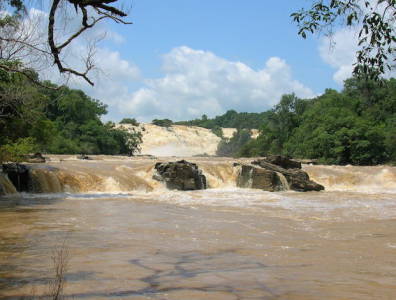 ABUJA, May 27, 2016 – A pipeline in southern Nigeria owned by Chevron was attacked by militants on Thursday, following several attacks on hydrocarbons assets by a group called the Niger Delta Avengers (NDA).

The armed force detonated explosives on a pipeline that fed Chevron’s Escravos terminal, shutting down the firm’s onshore operations. The suspension will cause the loss of more than 160,000 barrels a day.

The incursion was one of many this month on the area’s energy infrastructure. On May 13, Chevron’s Marakaba pipeline was attacked in Wari. On May 17, Eni’s gas pipeline in was blown up in Ogbembiri, causing the company a loss of 1,000 boe per day. Following these attacks, a pipeline operated by Nigerian Agip Oil Company, a subsidiary of Eni, was blasted with dynamite on May 22.

The NDA had previously warned Chevron that repair work would be met with violence. On May 11, the group’s website said it suspected the oil company of carrying out repair work on its Okan Valve platform, which had previously been attacked. The NDA have demanded all oil companies leave the Delta by the end of the month, claiming the wealth made from the region should be given to the local citizens whose environment has been polluted due to oil operations.

“Despite the heavy presence of military in the creeks, it will not stop us from carrying out our operations. We are ready to destroy more pipelines,” Mudoch Agbinibowe, a spokesperson for the NDA, wrote on the group’s website. “We won’t only destroy pipelines, but will bring the fight to your tank farm and your headquarters in Lekki, Lagos. If you continue to undermine us and go ahead with the repair works you won’t see us coming but we are coming for you.”

These attacks have brought Nigeria’s production to a 20-year low, shifting its seat as the largest oil producer in Africa to Angola.