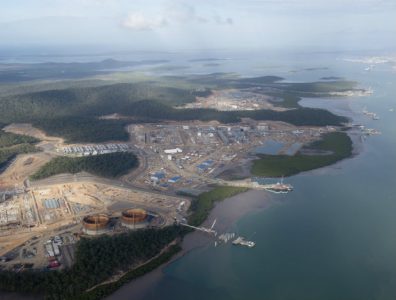 The company operates GLNG, which has already produced 2 million tonnes of LNG and exported 32 cargoes from its first train since output started in September 2015.

The project has taken the company to the end of their finances, with debts pushing it to a BBB- credit rating, according Ben Wilson, an analyst for RBC Capital Markets. He stated that the second train will be crucial for the company to regain balance.

Santos controls most of the shares in GLNG, with a 30% interest. Other partners include Malaysia’s Petronas with 27.5%, Total with a shared 27.5% and Korea Gas Corporation with the remaining 15%.

Brent climbs above USD 50 per barrel
Next