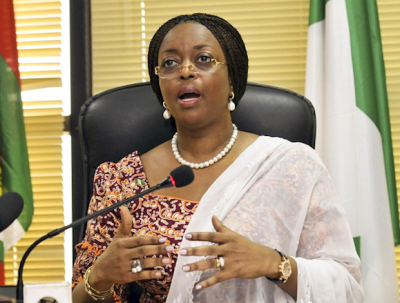 “She is not currently being tried for anything in the UK. There is no prosecution of Diezani going on in the UK. We cannot wait indefinitely for the UK. That is why we want to initiate her extradition and trial in Nigeria,” EFCC chairman Ibrahim Magu was quoted as saying by Vanguard.

Former Minister Alison-Madueke, who held office from 2011 to 2015, was charged with money laundering in absentia in April 2017, while USD 110 million was seized from her bank accounts in February 2017. In August 2017, an additional USD 40 million in assets belonging to the former minister and four housing complexes linked to her were seized, as well as two multi-million-dollar properties in March 2018. She also faces investigations in the UK and USA.