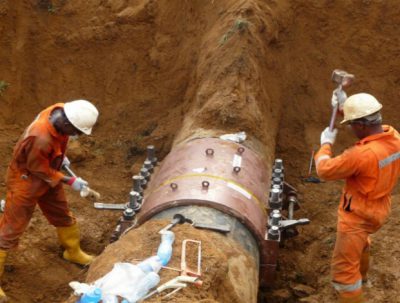 The executive director of Nestoil Group, Chukwueloka Umeh, told The Guardian that rainfall and flooding were delaying progress on the pipeline’s construction.

“Currently we are supposed to do horizontal directional drilling [HDD] to cross the pipeline under the river Niger, which is about 2 kilometres. It’s never been done in this part of the world for the size of that pipeline, but as I speak the HDD equipment has been covered with water, so we [are] helpless,” he said.

The 48-inch pipeline will cover about 120 kilometres and supply gas from the eastern Niger Delta to thermal power plants in the western Niger Delta. Originally slated for completion in July 2017, it is expected to increase domestic gas supply from 42.5 mcm (1.5 bcf) to 56.6 mcm (2 bcf) per day.