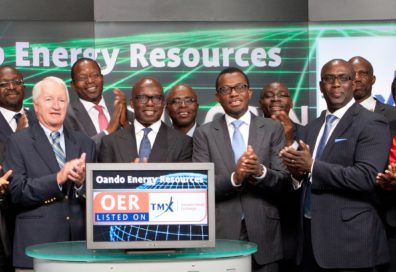 LAGOS, August 6, 2014 – Last week, Oando Energy Resources closed its purchase of Conoco Phillips’ Nigerian upsteam assets for $1.65 billion, a deal which had been 18 months in the making.

The Nigerian exploration and production company will acquire a 20-percent share in the Nigerian Agip Oil Company onshore oil joint venture, a 95-percent operating stake in the OML 131 licence, and a 20-percent stake in OPL 214.

Oando’s total in-country production will probably rise to more than 50,000 barrels of oil per day and help the Toronto-listed company to challenge Seplat as the largest indigenous producer in Nigeria.

Production from the US independent’s former assets stood at 39,000 barrels of oil per day during the first six months of 2013 from reserves estimated at 211.6 million barrels of oil equivalent.