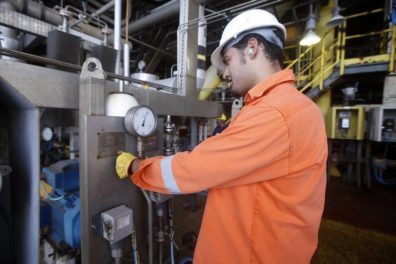 HOUSTON, July 11, 2017 – Crude continued to rebound mildly in Asia on Tuesday, with the possibility of production curbs in Libya and Nigeria and a shrinking of U.S. stockpiles lifting markets.

The U.S. West Texas Intermediate crude August contract rose 0.43% to $44.59 a barrel on Tuesday. Elsewhere, on the ICE Futures Exchange in London, Brent oil for September delivery was last quoted up 0.23% to $47.11 a barrel.

Crude prices continued to rebound after a sharp sell off last week, the sixth weekly loss in seven weeks driven by concerns over a market glut. U.S. drillers added seven oil rigs in the week to July 7, bringing the total to 763, the most in more than two years, energy services company Baker Hughes announced on Friday. U.S. government data showed revealed total domestic crude production rose by 88,000 barrels a day to around 9.34 million barrels at the end of last week.

Meanwhile, investors will keep an eye out for monthly reports from the Organization of Petroleum Exporting Counties and the International Energy Agency to assess global supply and demand levels.

Oil prices were also lifted by reports that OPEC may be considering capping production in members Nigeria and Libya. The two countries have been exempt from a deal to cut 1.8 million barrels per day in production. In May, OPEC and some non-OPEC producers extended a deal until March 2018.

The production-cut agreement has had little impact on global inventory levels due to rising supply from producers not participating in the accord, such as Libya and Nigeria, and a relentless increase in U.S. shale oil output.

Russia, which is cooperating with OPEC in a deal to stem production, said it was ready to consider revising parameters of the deal if needed.

Oil ministers from five countries monitoring the deal plus Saudi Arabia will meet on July 24 in Russia.

Iran to unveil 14 oil and gas tenders
Next