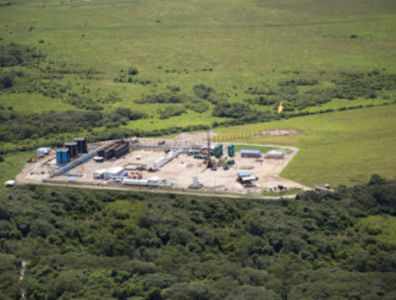 Oil down as Saudi vows to defuse conflict

LONDON, May 22, 2019 – Oil prices fell on Wednesday in Asia amid comments by Saudi Arabia that said it would “do everything in its power” to prevent further conflict between Iran and the US.

Saudi Arabia “will do everything in its power to prevent any war and its hand is always extended to peace,” a cabinet statement said, adding the government was committed “to achieving balance in the (oil) market and working toward its stability on a sustainable basis.”
The Sino-U.S. trade war was also cited as a headwind for the oil market.

Earlier Tuesday, the Organization for Economic Co-operation and Development cut its estimate for global growth in 2019 to 3.2%, from 3.3% and warned that the trade spat between Beijing and Washington is the main threat to the growth outlook.

Oil has swung between gains and losses this month as investors assessed conflicting signals from members of the Organization of Petroleum Exporting Countries and its allies.

Khalid Al-falih, the Saudi energy minister, indicated over the weekend that the kingdom will continue cutting output through the year-end at levels above compliance agreed by OPEC+.

On the other hand, comments by the Minister of Energy of Russia Alexander Novak who said OPEC+ may need “to tweak” the current production deal when it meets next month were said to be pulling oil prices down.

One option on the table is “removing the over-compliance” with current targets, Novak said, a move that would effectively ease output cuts in the second half of the year.

Meanwhile, the American Petroleum Institute reported that US crude stockpiles rose by 2.4 million barrels last week, compared with analysts’ expectations for a decrease of 599,000 barrels.

Official data from the US Energy Information Administration’s oil stockpiles report is due later on Wednesday.