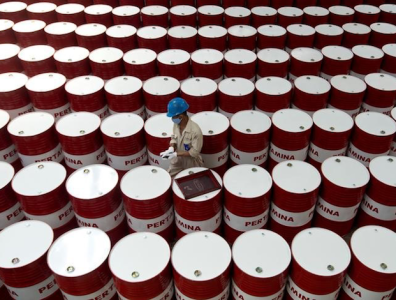 Oil down despite build in US supplies

LONDON, February 11, 2021 – Oil was down Thursday morning in Asia, pushing the pause button on a recent rally. However, a bigger-than-expected cut in U.S. crude oil supplies and continuing hopes of COVID-19 inoculations boosting fuel demand curbed the black liquid’s losses.

“Crude oil futures rallied following a bigger than expected fall in inventories in the US … however, sentiment was curtailed by a rise in gasoline inventories,” ANZ said in a note.

Wednesday’s crude oil supply data from the US Energy Information Administration (EIA) recorded a draw of 6.644 million barrels for the week to Feb. 5. This was much larger than the 985,000-barrel build in forecasts prepared by Investing.com and the 994,000-barrel build reported the week before.

Data released by the American Petroleum Institute a day earlier recorded a draw of 3.5 million barrels.

However, worries are growing among some investors that prices have moved too far ahead of the underlying fundamentals.

Brent futures has seen its longest period of gains since January 2019, after rising during the previous nine sessions and breaking past the $60 mark. WTI futures also saw a sustained run of gains, recording its eighth daily rise on Wednesday.

Global Covid-19 vaccine rollouts that began at the end of 2020, large stimulus packages and cuts in supply by producers have all given oil a boost. Saudi Arabia, the world’s top exporter, unilaterally reduced supply for February and March earlier in the year. The cuts were in addition to cuts made by other members of the Organization of the Petroleum Exporting Countries (OPEC) and allies, or OPEC+.