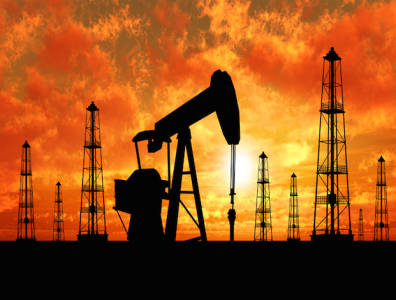 Commercial crude oil inventories in the US were up 8.2 million barrels last week, raising total stocks to a record 528 million barrels, the US EIA reported on Wednesday, sending jitters through the market. Analysts surveyed by Platts had predicted a far more modest increase of some 1.6 million barrels.

China’s announcement on Sunday that it was cutting economic growth targets for 2017 to about 6.5 percent also weighed down on oil and other commodities, though analysts said the outlook remained hopeful.

“Commodities might take a step back, a bit of a breather from the rally last year, but the hopes are tilted to the upside,” Vishnu Varathan, an expert at Mizuho Bank, told the agency.

Oil prices have been volatile in recent weeks dmid rising US shale production, despite OPEC claims of over 90% compliance with a production-cut deal reached last November.

“Looking further ahead, the low oil price environment has led to postponements and cancellations of new supply projects, which could lead to further market tightening three to five years from now,” said Shell in its Annual Report released on Thursday.