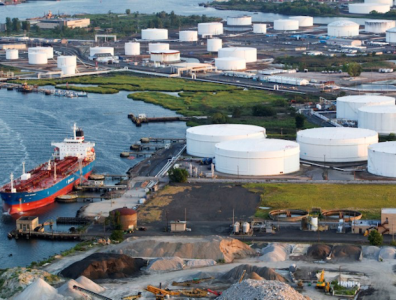 Oil prices down on US output, China demand

May crude oil imports in China fell from a record high the month before, with shipments at 39.05 million tonnes, or 9.2 million barrels per day (bpd), according to the General Administration of Customs. That was compared with 9.6 million bpd in April.

Prices were also held back slightly by concern that the U.S. is increasing production. U.S. oil inventories rose by 2.1 million barrels in the week to June 1 to 436.5 million barrels, the Energy Information Administration said. Analysts had forecast a decline of 2.0 million barrels.

Domestic oil production – driven by shale extraction – hit a record of 10.8 million barrels per day (bpd), according to the EIA’s weekly report. Only Russia currently produces more, at around 11 million bpd.

Investors are looking ahead to the weekly Baker Hughes oil rig count at 1:00 PM ET (17:00 GMT), with expectations that the U.S. has not slowed production.

Markets were also tighten oversupply concerns in Venezuela, where the country is nearly a month behind on delivering crude to customers. The country is in the midst of an economic crisis and faces threats of U.S. sanctions.

Meanwhile the Organization of the Petroleum Exporting Countries and Russia, which Venezuela is part of, is considering raising its supply output.

Reuters reported May 25 that the group was considering raising supply by one million barrels per day as early as June, as the organization faces losses from Venezuela and Iran.

The organization is set to meet in Vienna on June 22. OPEC has been cutting crude output by 1.8 million barrels per day (bpd) to prop up oil prices. The pact began in January 2017 and is set to expire at the end of 2018.