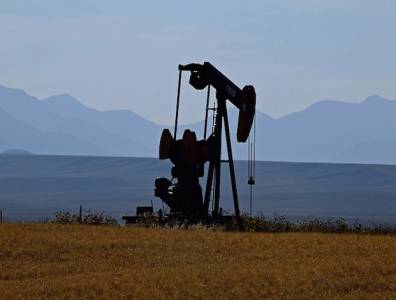 Despite the fall today, WTI remains up more than 35% for the year and Brent 28%, supported by aggressive production cuts from OPEC and Russian-led allies and US sanctions against Iran and Venezuela.

On Wednesday, the Energy Information Administration (EIA) said in its regular weekly report that crude oil inventories grew by 7.24 million barrels in the week to March 29.

In other news, positive signs in the Sino-US trade front had eased concerns over the potential negative impact on oil demand from the world’s two biggest oil importers.

Trade talks made “good headway” last week in Beijing and the two sides are having further talks to iron out remaining differences between the two sides, White House economic adviser Larry Kudlow said on Wednesday.

“Positive rhetoric regarding a US-China trade could continue supporting crude, and even lift it higher from here,” said Tariq Zahir, managing member at the oil-focused Tyche Capital Advisors fund in New York.

“But that could all take a step back if the president starts tweeting or threatening some sort of action against the rally.”