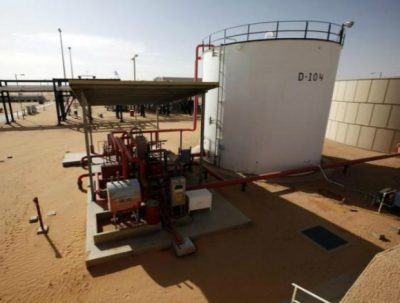 LONDON, February 20, 2020 – Oil prices gained on Thursday in Asia even after the American Petroleum Institute (API) reported a bigger-than-expected build in crude inventories.

US crude stockpiles rose by 4.2 million barrels last week, the API said in its weekly report. That compared with analyst expectations for a build of 2.5 million barrels.

Analysts expect that the Energy Information Administration (EIA) will report a build of 2.5 million barrels when it issues numbers tomorrow morning. The EIA numbers are due at 11:00 AM ET.

Concerns about a supply squeeze in Libya and US sanctions on a unit of Russian energy firm Rosneft were cited as tailwind for the oil markets today.

Reports overnight said ceasefire talks in the Libyan civil broke down after the Libyan National Army destroyed a Turkish ship in the Port of Tripoli. The port was said to be carrying weapons and ammunition, Bloomberg said.

Libya was exporting 1.2 million barrels a day,” Phil Flynn, analyst at Chicago’s Price Futures Group, said in a Bloomberg report. “That is more than the demand destruction estimates of about 400,000 barrels a day to about 1 million a day. Whatever the real demand destruction is, it’s clear that Libya is offsetting a lot of that and after years, the odds of Libya oil exports coming online have gone down dramatically.”

Meanwhile, the US said it was imposing sanctions on a unit of Rosneft, Russia’s largest oil producer, for maintaining ties with Venezuela’s Nicolas Maduro and its state-run oil company.