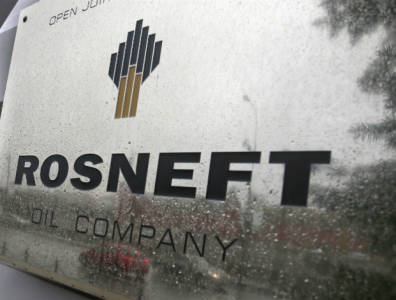 Reports that the US imposed sanctions on a unit of Rosneft, Russia’s largest oil producer, were cited as a tail wind for oil markets today.

The restrictions come with a three-month wind-down period that expires May 20. Washington said Rosneft have maintained ties with Venezuela’s Nicolas Maduro and its state-run oil company, while the Russian producer called the sanctions illegal and ungrounded.

“These sanctions will be supportive for prices,” said Phil Flynn, senior market analyst at Price Futures Group. “Ultimately, Russia does not want to be on the wrong side of the energy trade.”

Gains of oil prices were capped by lingering concerns about lowered demand due to the virus outbreak that started in China.

The Hubei province reported 132 deaths for Feb. 18. So far, China has 74,186 confirmed cases of the virus, according to government data.

While the new cases in Hubei fell for a second day, the World Health Organization earlier cautioned that it was too early to know if the epidemic was being contained.

In other news, OPEC+ are due to meet in Vienna on March 5-6 to discuss next steps on rescuing the market from the impact of Covid-19.

“Oil bulls are fervently hoping Russia will agree to production cuts of some 600,000 barrels per day proposed by Saudi Arabia and its other allies in OPEC,” said Barani Krishnan, commodity analyst at Investing.com.