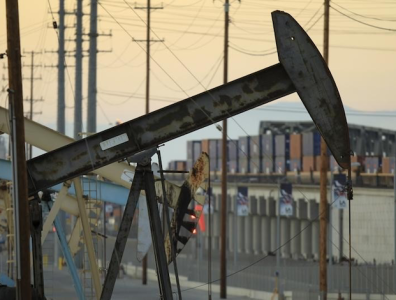 Oil up on geopolitics, US production drop

LONDON, October 23, 2017 – Oil prices extended last week’s gains on Monday as traders in Wall Street returned to their desks and traders priced in bullish factors such as ongoing tensions in Iraq and another downturn in U.S. shale production.

Elsewhere, Brent oil for December delivery on the ICE Futures Exchange in London rose 7 cents, or 0.12%, to $57.82 a barrel.

Political tensions in the Kurdistan region continued to disrupt crude supplies with oil exports from Iraq’s Kurdistan towards the Turkish port of Ceyhan reportedly flowing at average rates of between 200,000 and 250,000 barrels per day (bpd) versus the usual flows of 600,000 bpd.

The supply disruption in Iraq comes amid ongoing political uncertainty in the region following conflict between Iraqi and Kurdish forces. Iraqi troops marched toward Northern Iraq earlier in week and regained control of two major oilfields from Kurdish forces.

Meanwhile, in the U.S., investors mulled over data showing oil drilling activity fell for a third week in a row, extending a two-month drilling decline.

Oilfield services firm Baker Hughes said late Friday that its weekly count of oil rigs operating in the U.S. fell by seven to 736, the lowest level since June.

In a speech last Thursday, Mohammad Barkindo, secretary-general at the Organization of the Petroleum Exporting Countries, said that the oil market is balancing at an “accelerated pace,” and demand will continue to rapidly grow in coming decades.

The original deal, struck nearly a year ago between OPEC and 10 other non-OPEC countries led by Russia, was to cut production by 1.8 million barrels a day for six months. The agreement was extended in May of this year for a period of nine months until March 2018 in a bid to reduce global oil inventories and support oil prices.

Analysts have warned that OPEC needs to extend its agreement to reduce oil output beyond its current March 2018 expiry date in order to rebalance the market.

The cartel’s next meeting is set for November 30 in Vienna.

Russian President Vladimir Putin said in Moscow earlier this month that November was too early to make a decision, but, at the same time, added that he doesn’t rule out an extension to the end of 2018.