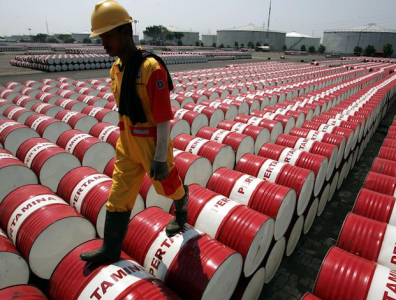 Oil up on US sanctions against Iran

The first round of U.S. sanctions against Iran went into effect on Tuesday, while a second round is expected in early November. The first round aims to curb Iran’s purchase of U.S. dollars, while the second round will target the country’s energy infrastructure and oil exports, increasing the potential of a global energy supply shortage.

Oil prices have been driven higher in the past few months as demand for oil outsrips supply.

The Organization of the Petroleum Exporting Countries, of which Saudi Arabia is the de facto leader, agreed in June to raise output at a nominal increase of 1 million bpd amid pressure from the U.S. to decrease prices. While OPEC members are expected to add around 700,000 barrels a day, non-OPEC oil suppliers led by Russia would add the rest.

Meanwhile, the number of oil rigs used for drilling was cut for the second time in the past three weeks as drilling in the U.S. has slowed.

Two oil rigs were cut in the week of August 3, bringing the total count down to 859, energy services company Baker Hughes said on Friday.