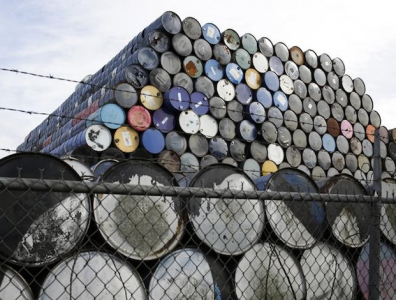 Oil wavers ahead of US data

Profit-taking dominated trade for a second day, although crude prices remained close to highs not seen since 2015 after a strong rally this year.

The U.S. benchmark has jumped around 11% in 2017 while the London barrel has gained nearly 16% with prices having been buoyed this year by commitments from OPEC and other major oil producers led by Russia to continue production cuts through the end of 2018.

However, market participants remain concerned by the ramp up in output from U.S. shale producers which threaten to derail the rebalancing of the global supply gut in 2018.

At 11:00AM ET (17:00GMT) Thursday, traders will focus on the release of official U.S. weekly crude inventories, amid expectations for a draw of 3.97 million barrels.

After Wednesday’s market close, the American Petroleum Institute published its own weekly stockpiles that revealed a decline of 6.0 million barrels of crude.

The reports are released one day later than normal this week due to the Christmas holiday.

Chaparral in Kingfisher acquisition
Next