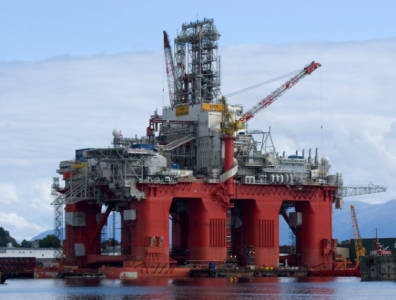 VIENNA, April 6, 2016 – The Norwegian unit of Austria’s OMV has completed drilling and testing the Wisting Central 2 appraisal well offshore Hammerfest. Drilled to a length of 2,354 m in 402 m of water, the well is the not only the first horizontal well in the Barents Sea, it is also the shallowest-such well drilled from a floating platform.

Spudded in January 2016 in the Wisting field, the well flowed at a rate of 5,000 boepd. Norway’s northernmost oil find is expected to amount to between 200 million and 500 million boe. Wisting Central 2 is the fifth well in the production licence and targeted the Central South and Central West reservoir segments.

“OMV is very satisfied with the well test results, which are promising. This well is an important milestone towards a future field development on Wisting,” Johann Pleininger, the company’s executive board member responsible for upstream operations, said in a press release.

Awarded in 2009, the production licence is operated by OMV on a 25% stake. It partners are Petoro, Idemitsu and Tullow, each holding a 20% share, as well as Statoil with 15%.

Oil prices up on API data
Next