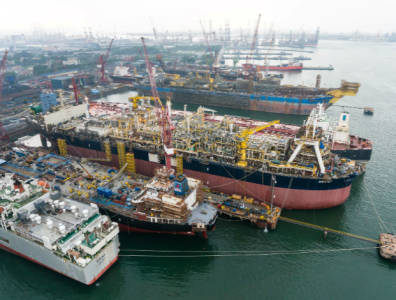 LONDON, April 29, 2016 – Ophir Energy and Schlumberger have failed to reach an agreement on a deal that would see the latter secure a 40% stake in the Fortuna floating LNG project in Equatorial Guinea’s offshore block R, Ophir announced on Friday.

In a statement, Ophir Energy said the schedule for first gas from the Fortuna field would be pushed back. “We now expect to make FID during the fourth quarter with first gas now forecast for early 2020,” the company wrote. Golar LNG’s Gandria FLNG vessel, currently being converted by Keppel Offshore & Marine in Singapore, has capacity of 2.2 million tonnes of LNG per year.

“The Schlumberger agreement was one of several options being reviewed as a basis for development of the project,” Ophir also said, adding that it remains “in active discussions with a number of other parties with regards to participation in and funding of the Fortuna FLNG project.” Ophir and Schlumberger signed a heads of terms agreement in January 2016.