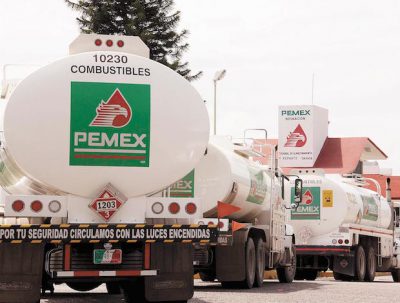 MEXICO CITY, July 29, 2016 – Pemex announced an after-tax quarterly loss of USD 4.41 billion late on Thursday, down from USD 4.47 billion over the second quarter in 2015 as the effects of the April tax relief programme trickled through.

The company’s USD 3.59 billion in tax and duties obligation for the past quarter was 38% less than during the same period last year, resulting in a fiscal adjustment benefit of USD 1.21 billion.

The Mexican state oil company’s results were also hampered by the peso-dollar exchange rate, a lower refining output and the slump in oil prices, which at USD 36.69 per barrel on average during the second quarter were USD 16.23 per barrel lower compared with last year.