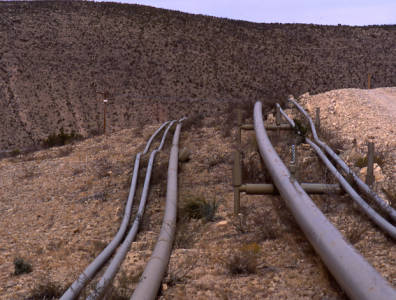 MONTERREY, August 12, 2015 – An explosion at one of Mexican national oil company Pemex’s gas pipelines killed five people on Tuesday night. The incident occurred in the small town of Garcia in Mexico’s northeastern state of Nuevo León.

Pemex issued a statement confirming the deaths and saying the explosion at the Escobedo-Santa Catarina pipeline “was caused by a blow from a particular company equipment.” Workers had accidentally cut through the gas pipeline while using cutting machinery.

Immediately following the accident, Pemex detected rapid pressure loss and shut off gas flow to the affected pipeline section. The explosion did not cause any damage to nearby buildings and no other injuries were reported. Authorities are monitoring the ongoing fire, which will not be put out until gas remaining in the pipeline has been burned off completely.

The pipeline incident comes less than a month after a nonfatal explosion on a Pemex platform in the Gulf of Mexico due to an oil and gas leak.

Malaysia and Brunei settle dispute
Next