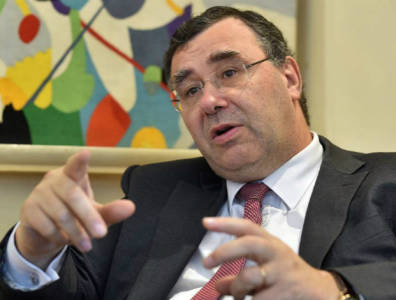 Petrobras and Total to form alliance

RIO DE JANEIRO, October 24, 2016 – Petrobras and Total announced on Monday that they will seek a strategic alliance in both upstream and downstream activities in Brazil and internationally.

The memorandum of understanding was signed in Rio de Janeiro by Petrobras CEO Pedro Parente and Total CEO Patrick Pouyanné. The plan will initially include a focus on upstream as well as on gas and power, a joint press release by the companies said.

“In upstream, Petrobras will propose Total to partner in projects in Brazil, and Total will propose Petrobras to partner in opportunities outside Brazil,” the press release said, adding that “the co-operation will be extended, in a second phase, to a broader cooperation in Brazil focused on all downstream segments.”

At present, the two energy companies are participating jointly in 15 consortiums around the world focused on exploration and production, of which nine are in Brazil and six abroad.

Qatari Nebras to invest in Indonesia
Next