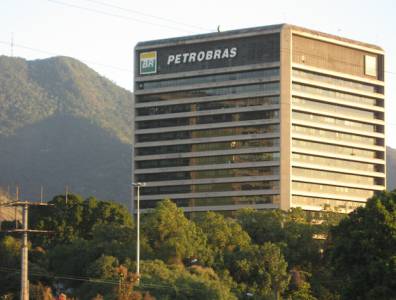 RIO DE JANEIRO, December 24, 2015 – Brazil’s state-run Petrobras has reached a deal with the country’s oil regulator regarding its request to renew its concession rights early for Marlim and Voador offshore fields. The company, which has been recently dealing with financial woes, will have to extract at least 900 million barrels of oil and natural gas from the fields to renew concessions, originally scheduled to expire in 2025.

Marlim is one of the world’s largest oilfield discoveries in the past 40 years, holding reserves of 14 billion barrels of oil. Voador is also home to several new prospects, according to Reuters news agency. Renewing concessions will enable Petrobras to put the remaining reserves in its financial accounts, improving the company’s standing and expand its options to raise capital.

Output from reached 204,000 bopd in October. At the current production rate, it would take the field 12 years to produce the amount required by the regulator. Both fields are in production decline despite the drilling of new wells and enhanced oil recovery efforts.

Petrobras recently agreed to a debt repayment deal of USD 24 billion over the next 24 months amid the biggest corruption scandal in the country’s history. Declining oil prices have also hurt the company significantly, which produces 2.8 million boepd.