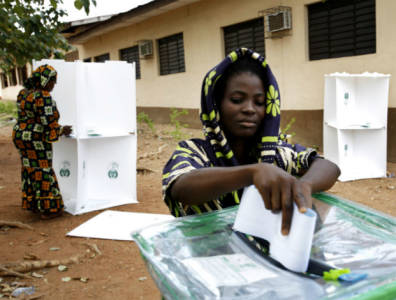 Political parties in Nigeria lay out plans for reform

ABUJA, February 3, 2015 – The February 14 Nigerian general election of 2015 has spurred the country’s main political parties, the ruling People’s Democratic Party (PDP) and the All Progressives Congress (APC), into action, with both parties unveiling plans for the overhaul of the Nigerian oil and gas industry.

At a recent debate organised by the Nigeria Political Parties Discussion Series in Abuja, ACP national publicity secretary Alhaji Lai Mohammed said his party would aim for increased transparency and accountability in the industry.

Taking the omnipresence of the Nigerian National Petroleum Corporation (NNPC) as an example, Mohammed said the entity was “too powerful and self-regulatory,” adding that the NNPC ought publish its balance sheet periodically. While the ACP believes the company has taken on too many roles, Mohammed said his party would not seek to breakup the NNPC if elected.

He also said the ACP would try and encourage elected officials indicted for corruption to give up their immunity, claiming the corruption allegations in Nigeria’s oil and gas industry will not go away unless the government “takes its hands off” completely.

Mohammed concluded by saying that the ACP would make sure the much-delayed Petroleum Industry Bill (PIC) would finally be passed, along with additional reforms designed to overhaul the country’s oil and gas industry. First conceived in 2007 and introduced to the National Assembly in 2009, the PIB has suffered from a host of delays.

While PDP politician Katchi Ononuju said his party also sees the PIB as the right tool for implementing the necessary reforms, he objected to what he called the ACP’s guided deregulation.