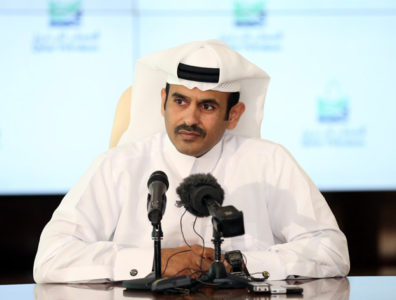 Though Qatar’s efforts to cut expenses will continue, the government may not need to issue a bond this year as oil prices are higher than anticipated, Minister of Finance Ali Sherif Al Emadi told journalists. Qatar’s 2017 budget assumed oil prices at USD 45 per barrel, and if prices remain near the current levels of around USD 55 per barrel, the projected deficit of QAR 28.3 billion (USD 7.77 billion) would be driven down to almost zero, he added.

“We are becoming more efficient on the operating side of the government but we need to do more on investment and the capex side,” Al Emadi said. “Part of the sovereign wealth fund strategy is to have very much a diversified portfolio.”

Also on Tuesdy, state energy firm Qatar Petroleum announced that it was joining an international consortium to build an LNG import terminal in Pakistan, together with ExxonMobil, Total, Mitsubishi and Höegh LNG.