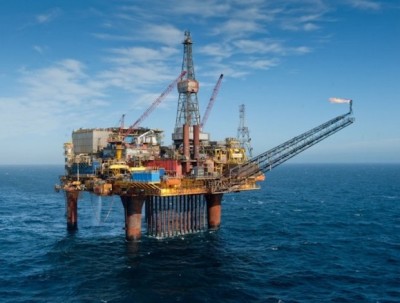 RIO DE JANEIRO, October 1, 2018 – Qatar Petroleum (QP) is marking its third E&P contract in Brazil in recent months following the award of the offshore Titã PSC in the country’s Fifth Pre-Salt Bidding Round.

Brazil’s National Agency of Petroleum, Natural Gas and Biofuels (ANP) on Friday announced the awards of four offshore blocks under its Fifth Pre-Salt Bidding Round, with total signing bonuses amounting to USD 1.695 billion.

The Titã block, said to contain 3.9 billion barrels of unrisked reserves, will be operated by ExxonMobil, with 64%, with QP holding the remaining 36%. The royalty on profit oil was set at 23.49% and the signing bonus was USD 777 million.

QP’s recent Brazil awards include the October 2017 deal for exploration in the Alto de Cabo Frio-Oeste block with partners with Shell and China National Offshore Oil Corporation, and the March 2018 granting of two blocks in the Campos Basin (with Petrobras and ExxonMobil) and two in the Santos Basin (with ExxonMobil).

“This is QP’s third success in Brazil in less than a year, which expands of our footprint in one of the most prospective basins in the world,” QP CEO Saad Sheirda Al Kaabi said. “This winning bid constitutes another milestone on the road of achieving our strategy of creating a large scale, value-adding international portfolio, while pursuing Latin America as an important core area for QP.”