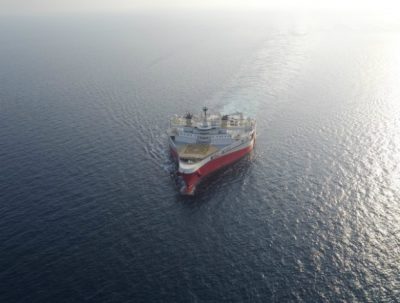 PERTH, April 18, 2018 – Repsol has encountered oil offshore Gabon during the past quarter, partner Woodside announced in its Q1 2018 report released on Wednesday.

Well Ivela-1 in the Luna Muetse (E13) block struck a 78-metre gross oil column, the report added. Repsol is the operator of the block with a 60% interest in it. Woodside holds the remaining shares.

“Assessment [of the discovery] is ongoing,” Woodside said.

The news comes a month after Petronas and Woodside discovered hydrocarbons in offshore Block F14 (Likuale), which Petronas operates with a 70% stake.