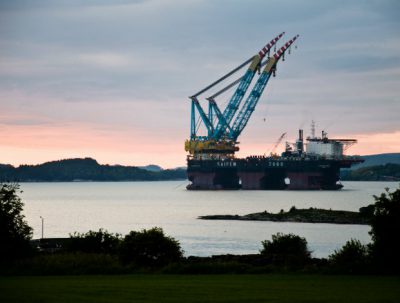 Saipem in the red

The company, controlled by Eni and the state fund FSI, made an adjusted net profit of EUR 226 million for the full year and EUR 26 million in Q4, missing the expectations of analysts surveyed by Thomson Reuters, who had projected profits of EUR 57 million for Q4.

Though shares were down some 6% to EUR 0.42 in early afternoon trade on Friday, executives said the company was on track to regaining its footing in a difficult market.

“2016 was a pivotal year for Saipem’s recovery,” CEO Stefano Cao said in a statement.

“Adjusted EBIT for 2016 and net debt at December 31, 2016, were both in line with the guidance provided. Our renewed financial solidity, together with a robust and diversified order backlog, good operational performance, an aggressive cost-cutting plan and a streamlining of processes pursuant to our “Fit for the Future” programme, leads us to look with confidence to the future recovery of the Oil & Gas services market and confirm the targets for 2017 in a market context which, however, remains challenging.”