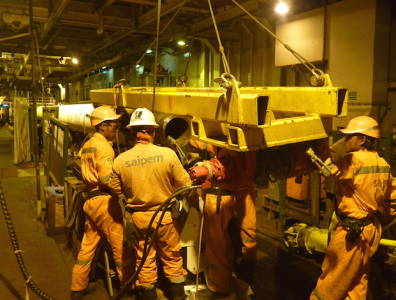 Saipem under investigation in Italy

MILAN, August 13, 2015 – Saipem, a subsidiary of Italian multinational Eni, has stated that it was under investigation related with its alleged involvement in a Brazilian corruption scandal.

Italian investigators are seeking to identify whether or not the 2011 award of contracts to Saipem and local subsidiary Saipem do Brasil by national oil company Petrobras constitutes as international corruption.

The company will fully co-operate with authorities and has been requested to provide documentation regarding the contracts. Saipem is conducting its own internal audit after it was made public that a former consultant to Saipem do Brasil was under investigation by local authorities. The internal audit was launched in June and is ongoing.

“The Saipem Group has not received any notification regarding this matter from the judicial authorities in Brazil,” the company said in a press release on Wednesday.

The contracts in question were for work on an underwater pipeline from Petrobras’ Cernambi and Lula offshore fields.

The UK passes measures to fast-track fracking
Next