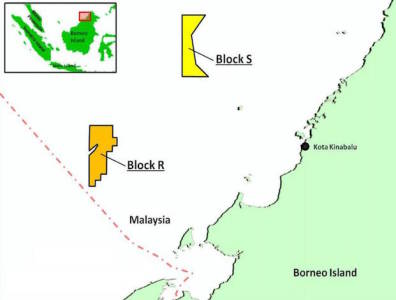 KUALA LUMPUR, March 25, 2015 – Australian oil and gas company Santos, along with Japanese and Malaysian partners, discovered oil via an exploration well dubbed Bestari-1. Drilling revealed 67 metres of oil located at depths of 1,860 to 2,702 metres below the sea. Santos reports that oil drawn from the exploration well has a light quality and contains few contaminants.

“While there is still a lot of work to be done in determining recoverable volumes, this is a large structural closure potentially capable of supporting significant column heights,” The Sydney Morning Herald reported Santos vice president John Anderson as saying.

Block R is situated in a region of previously discovered large oilfields, such as the Kikeh field run by US oil and gas firm Murphy Oil and Shell’s Gumusut-Kakap field.