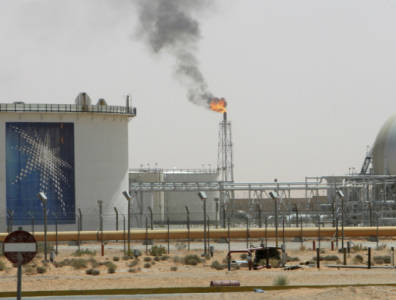 Saudi Aramco to press on with projects

AL AHSA , March 31, 2016 – All Saudi Aramco’s major oil and gas projects are on track, including the expansion of the Khurais oilfield, which is slated for completion in 2018, the company’s chief executive said Wednesday.

“Until now all of our downstream and upstream projects are continuous,” CEO Amin Nasser said at a conference, adding that Saudi Aramco had not cancelled any projects.
The completion of the Khurais oilfield expansion project, initiated in December 2014, could potentially add 300,000 bopd to Aramco’s output by 2018. Due to the drop in oil prices, Saudi Aramco pushed back on its 2017 completion date.

Nasser also announced a “promising” shale gas discovery in Al Ahsa’s Jafurah field, the development of which would aid Aramco in its plans to double gas output to 651 mcm (23 bcf) per day by 2026.
Nasser added that the company was also eyeing an expansion of the 550,000-bpd Ras Tanura refinery and remains committed to oil and gas exploration in the Red Sea.