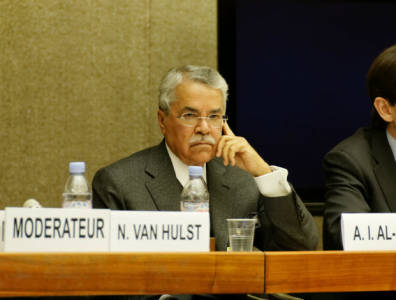 He said he was confident that more nations would join in supporting a cap of output at January levels, but that it wasn’t going to happen soon. The official said the currently strained market would stabilise in time and that competitors should “find a way to lower their costs, borrow cash or liquidate.”

“There is less trust than normal,” the minister said during a question and answer session. “Even if [countries] say they will cut production, they will not do it. There is no sense in wasting our time seeking production cuts. They will not happen.”

Recently OPEC members Saudi Arabia, Qatar and Venezuela joined with Russia in a provisional output freeze if other major producers would agree.

The Saudi official’s words comes after Iran’s oil minister, Bijan Zanganeh, called the halt in output “laughable,” according to a local news agency. Iran recently joined countries on calling for a curb in production.

Saudi Arabian production in the kingdom has been greater than 10 million bpd for over a year.