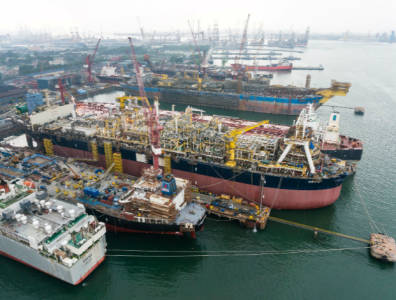 Golar LNG, which will head the joint venture on a 51% stake, and Schlumberger said in a press release that OneLNG would be able to carry out five projects between now and 2021. “Our new venture with Schlumberger provides a powerful union of their oilfield services technology and production management business, and our low cost FLNG solution,” Golar vice-chairman Tor Olav Troim said.

In January, Golar and Schlumberger signed a memorandum of understanding to develop greenfield, brownfield and stranded gas reserves. The agreement saw Schlumberger offer upstream development expertise, capital and resources, while Golar committed its FLNG assets. At the time of the announcement, both parties intended to announce a first project by the end of March. No statements to that end were made on Monday.