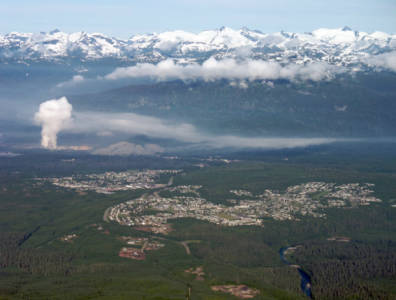 The report, dated May 26 and posted to Canadian Prime Minister Justin Trudeau and Environment Minister Catherine McKenna, posits that the administration has underestimated the environmental damage and amount of carbon emissions that would be released by such a project. The 90 academics from Canada, the US, Australia and the UK worry that it would undercut Canada’s present commitment to the environment and lowering greenhouse gasses.

The venture is currently on hold as government regulators the National Energy Board and the Canadian Environmental Assessment Agency await more data from Malaysia’s state-run oil and gas company Petronas.

Danny Harvey, a climate change scientist at the University of Toronto and one of the signatures on the letter, underlines the stance Canada took at the Paris Climate Conference in December of dropping global emissions to almost zero by 2050. “You’re not going to go to zero if you’re expanding the fossil fuel infrastructure and making investments that are going to last 40, 50, 60 years. It’s completely contrary to that,” he said.

The two-train LNG project is a JV between Petronas, Japan Petroleum Exploration, Sinopec, Indian Oil and PetroleumBrunei. It is expected to transform 6 million tonnes per year of natural gas from gas assets owned by the Malaysian company’s subsidiary Progress Energy Canada in northeast British Colombia. The provincial government has stated that the project will provide more than 18,000 jobs and make billions in revenue.