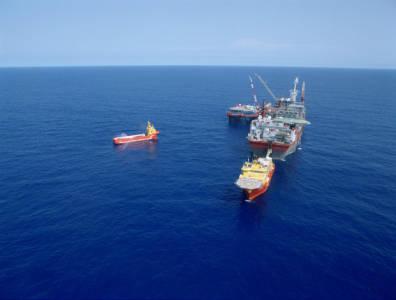 ABUJA, February 5, 2016 – A sharp drop in earnings have prompted Shell to again defer its final investment decision on its deepwater venture in Nigeria, the Bonga southwest project, the super-major said Wednesday.

Valued at some USD 12 billion, the field in oil prospecting licence 212 is operated by subsidiary Shell Nigeria Exploration and Production Company on behalf of the state’s Nigerian National Petroleum Corporation. Other stakeholders in the project, which produces oil at depths of 1,000 metres, include Esso, Nigeria Agip and Total. In April 2015, Shell first said it would postpone its final investment decision to 2016, the Financial Times reported.

The transcript of Shell’s Q4 financial report was made available in Nigeria on Wednesday, prompting fears of job losses. On Friday, the company said it would cut as many as 10,000 jobs in an effort to reorganize its upstream division. A final investment decision on LNG Canada was also postponed. Additionally, Shell announced it would withdraw from the Bab sour gas venture in Abu Dhabi.

For more news and features on the oil and gas industry in Nigeria, click here.