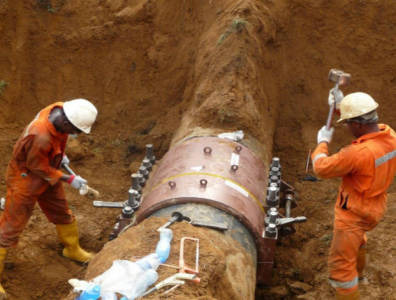 This would add some 250,000 bopd to global oil supply this month, equal to about one-fifth of the OPEC production cuts, which were extended last month, Bloomberg reported.

Crude prices slid on the announcement, erasing fragile gains made after the American Petroleum Institute reported on Tuesday that US commercial oil inventories had declined by 4.62 million barrels last week, beating the expectations of analysts surveyed by S&P Global Platts, who had predicted a draw of some 3.5 million barrels. At 1.02 pm in London, Brent futures for August delivery traded at USD 40.72 per barrel, 0.8% down from Tuesday’s close.

Nigeria is exempt from the production-cut agreement due to insurgent violence that has decimated its production in recent years – the Trans Forcados pipeline, which has now been officially reopened, has been the target of a series of bombing attacks since last February.

But analysts say an end to the violence may now be in sight.

“There is a fragile peace in the Niger Delta that is currently holding and looks as though it is going to last for the foreseeable future,” Manji Cheto, a senior expert at consultancy Teneo Intelligence, told Bloomberg.