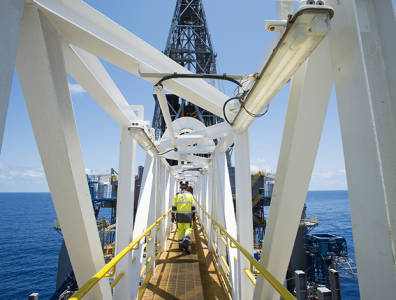 DAR ES SALAAM, March 30, 2015 – Norwegian exploration and production company Statoil has made a natural gas discovery at offshore block 2, the company announced today.
The company said in statement the Mdalasini-1 well had located 28.3 bcm-51 bcm (1 tcf-1.8tcf) in reserves, bringing the total gas in place at the block to roughly 623 bcm (22 tcf).
The Mdalasini-1 well was drilled at a water depth of 2,296 metres and was the last in a drilling campaign launched in February 2012. The company said there is potential for more discoveries at block 2, but that it will now work on appraising the reserves it has already found.
Statoil is the operator at block 2 with a 65-percent stake. The remaining interest is held by ExxonMobil Exploration and Production Tanzania. The company said it had paid 100-percent of the cost of the Mdalasini-1 well.

Click here for more news and features from Tanzania