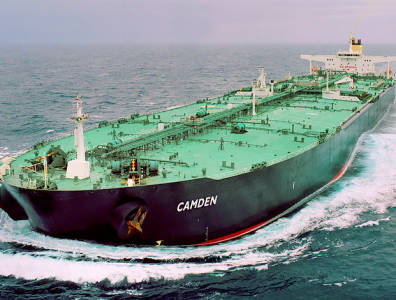 BEIJING, February 20, 2015 – Very large crude carriers are reported to be sailing at the fastest speed in 2.5 years with the plunge in oil prices spurring the demand for cargoes, according to data from RS Platou Economic Research, an Oslo-based firm.

Supertankers, each about 300-metres long and able to transport 2 million barrels of oil, sailed at an average of 12.57 knots in February, having last moved so fast in August 2012.

“Freight rates are high because there’s a lot of oil trade at the moment,” Frode Moerkedal, an Oslo-based analyst at Platou Markets, an investment advisor linked to the research company, said on February 19. “OPEC has refused to cut production so there’s more oil being shipped.”

With the Organization of Petroleum Exporting Countries (OPEC) pumping oil despite the excess supply globally, oil prices plummeted in 2014. China has speeded up buying crude to fill its stockpiles leading to the surge in tanker rates. The ships have been earning an average of more than $71,000 a day since the start of January.

Lukoil seismic survey in Iraq wraps up
Next