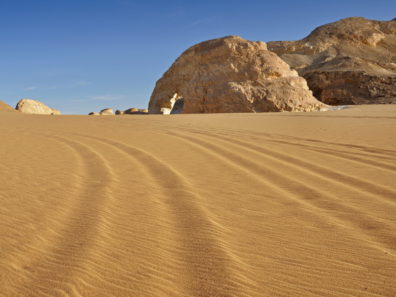 CAIRO, September 10, 2014 – TransGlobe announced last week that it had found 12.8 metres of net oil pay in at a depth of 1,633 metres in the Lower Nukhul sandstone formulation in the Western Desert of Egypt.

This find falls within the larger North West Gharib (NWG) concession, and adds to the NWG 10 block, which is estimated to have reserves of 33 million barrels of oil. NWG said, “NWG 10 is targeting an internally estimated undiscovered prospective resource of 33 million barrels (un-risked) on a deterministic basis with an estimated geologic chance of success of 15 percent.”

Additional developmental drilling will continue throughout this concession, and NWG is undergoing a $36-million seismic survey, slated for completion by mid-2015.