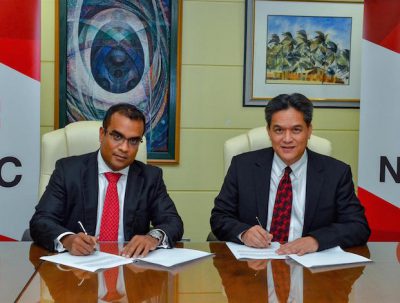 PORT OF SPAIN, August 30, 2018 – Trinidad and Tobago’s state-owned National Gas Company (NGC) and DeNovo Energy have signed a sales agreement for gas extracted from Block 1a, the independent operator announced in a press statement on Wednesday.

DeNovo is scheduled to reach first gas from the offshore block’s Iguana field in Q4 2018, bringing the number of gas producers in Trinidad and Tobago to five. Gas from the development will augment feedstock supplies for several petrochemicals plants at the Point Lisas Industrial Estate.

“It is a significant step for the local energy industry, and an opportunity for working with a new, local gas producer with the financial strength, technical capability and agility to monetise these reserves in short order,” NGC president Mark Loquan said.

DeNovo Energy acquired Block 1a from Centrica in 2016. The independent player operates the asset with an 80% stake, while NGC E&P Investments holds the remaining 20% interest.

“DeNovo is the first local upstream company to operate an offshore gasfield,” the company’s CEO, Joel Pemberton, said. “Together, the work done by NGC, DeNovo, Proman [DeNovo’s parent group] and the government of the Republic of Trinidad and Tobago signals that our industry can be sustainable, and our country can be globally competitive.”

The Iguana field is also the first natural gas asset in the Gulf of Paria to undergo development. The field, expected to reach a production plateau of 2.55 mcm (90 mcf) per day, is one of three discoveries that have been made in Block 1a.