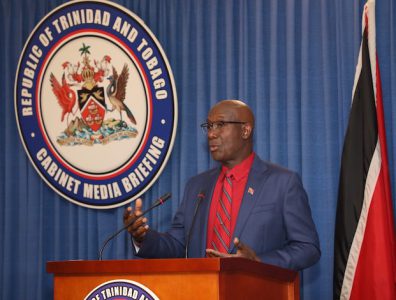 PORT OF SPAIN, January 25, 2023 – Trinidad and Tobago has been granted a licence by the US government to develop the offshore Dragon gasfield, located in Venezuelan territorial waters, Reuters reported on Tuesday.

Trinidadian government will now be able to do business with Venezuela’s PDVSA in relation to the 113-bcm (4-tcf) field. This was previously barred under US sanctions.

“We have always seen the national and regional importance of the natural gas resources in Venezuela and its close proximity to the existing world class energy infrastructure in Trinidad and Tobago,” Trinidadian Prime Minister Keith Rowley said in an address given on Tuesday.

The move by the U.S. Treasury Department follows a request from the Trinidadian government and is aimed at enhancing the region’s energy security and reducing reliance on foreign gas suppliers, including Russia.

If the licence paves the way for further gas co-operation between Trinidad and Venezuela, it could lead to the long-sought development of the Loran-Manatee offshore gasfield, which is held 73.75% by Venezuela, with the remainder held by Trinidad.

The Treasury Department’s move follows its recent authorisation of Chevron to send two tankers to Venezuela, with one set to bring the first shipment of crude to the USA from the South American country in years.

“The restrictions on the Dragon gas field development is now relieved and all relevant parties can progress the plans to result in natural gas from Venezuela eventually flowing from these proven reserves to Trinidad and Tobago then onto Caribbean, European and other markets, bringing humanitarian benefits to the Venezuelan population and greater energy security to the Caribbean region,” the prime minister said.

Norway to put 92 offshore blocks on offer
Next