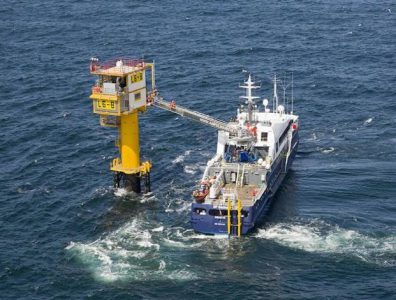 KASSEL, June 16, 2015 – German oil and gas company Wintershall produces first gas from its mini-rig off the Dutch North Sea coast, according to a statement released by the company today.

The unmanned mini-platform which is located in the L6-B field was constructed in nine months and brought to its offshore location in June 2014.

The company said that the advantage of these new generation “minimum facility” platforms is that they can be deployed in particularly shallow-waters and can economically produce even from very small natural gas fields.

The facility is able to accommodate a maximum of two producing wells. The substructure of the unit weighs 1,100 tonnes, while the top side weighs around 100 tonnes, the company added.

A pipeline will transport the gas produced from the L6-B field to the neighbouring L8-P4 platform.

The North Sea now forms an important part of Wintershall’s operations in the area, with the company now operating 25 offshore platforms in German, UK and Dutch waters.

Shell takeover of BG gets US approval