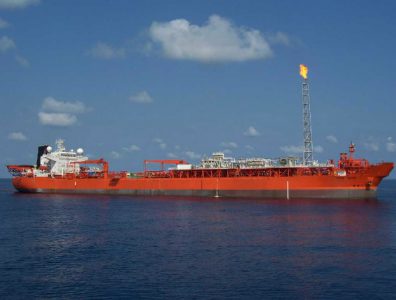 LAGOS, July 27, 2015 – Local upstream operator Yinka Folawiyo has successfully spud a new well at the Aje field offshore Nigeria. The Aje-5 well is part of the first phase of a two-phase development plan for the field, which sits in oil mining licence 113. Yinka Folawiyo is the energy arm of Nigerian conglomerate Yinka Folawiyo Group, and the only domestic operator in the country’s offshore sector.

The drilling was performed at a water depth of 300 metres using Eni subsidiary Saipem’s Scarabeo 3 semi-submersible rig. Yinka Folawiyo is targeting oil within the Cenomanian formation and expects drilling to last around 70 days.

Once the Aje-5 well is complete, the Scarabeo 3 will move on and re-enter the existing Aje-4 well. This will mark the second and final drilling stage of phase one. The two wells will then be connected via a subsea manifold and production flowlines to the floating production, storage and offloading unit Front Puffin leased from Singapore’s Rubicon.

The block’s partners are also discussing plans for a possible third phase, which would develop the gas and condensate potential of Aje’s Turonian and Albian sandstone reservoirs. While offshore gas projects typically face expensive or challenging midstream options, the Aje field has the advantage of sitting around 25 kilometres from the West Africa Gas Pipeline.

Sabic wants in on US shale gas