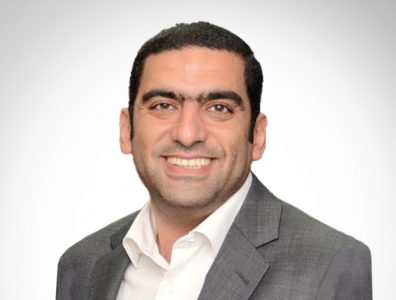 We need the private sector to be both developer and operator of infrastructure.

Mohamed Tarek Kamel, area managing director for North Africa at Consolidated Contractors Company (CCC), talks to The Energy Year about international contractors’ position in the Egyptian market and CCC’s experience in the construction of power generation infrastructure. CCC specialises in the construction of mega-projects worldwide.

This interview is featured in The Oil & Gas Year Egypt 2019

How competitive is the Egyptian energy market for international contractors?
The energy sector in Egypt is quite interesting for CCC. The company has been operating in Egypt since the mid-1990s. We are proud to be the only international contractor that has maintained operations throughout this period and is still expanding in the Egyptian market. This market is well established and has strong local players that can export their services beyond the boundaries of Egypt. It’s not easy maintaining a presence in-country as an international contractor. We were able to do this through a combination of pre-planning and response to market dynamics.
First we deployed a very strong localisation programme in order to compete in Egypt. Right now, we have multiple generations of Egyptians working at CCC who came from previous CCC Egypt offices or CCC offices around the Gulf. There are Egyptians working for CCC in Kazakhstan, Pakistan, the UAE and Saudi Arabia. We are depending on them to return to their home country in order to manage the operation here. This is a more competitive approach than getting an expat from outside the country.
We have created a lot of partnerships with local players of various sizes. We also had joint ventures with Orascom Construction and Hassan Allam Holding already in place, as well as a few other existing partnerships. Added to that is our extensive relationship with the Egyptian governmental entities and our being fully aligned with their requirements for the upcoming development plan for the country.
The market is well protected, like most other African markets, such as Morocco and Tunisia. If the locals are not capable, in terms of capacity, of taking over that specific size of business, they will seek an international partner who can figure it out. In Tunisia and Morocco, we depend mostly on local companies and develop projects with them right from the start.
In light of the current booming Egyptian market, all companies have very full order books. Companies are overwhelmed with business and the market needs someone who has the capacity to take on more and more jobs. It’s about selecting the construction firm that can technically, commercially and financially be fully liable to their scope and withstand the market changes.

How did you diversify into the Egyptian power sector?
In 2001/2002, we were working through Morganti, the US-based subsidiary that we use for US-funded projects. We established our first business relationship with Hassan Allam Construction. We decided to explore the power generation sector together. At the time, the Egyptian government had a strong 10-year plan for building power plants, under the “multi-packaging for deliveries” model, with a company called PGESCo [the Power Generation Engineering and Services Company], which was later acquired by Hassan Allam.
This was one of the best EPCM models for power generation. We worked with PGESCo and the Egyptian government through competitive bidding. We won tenders for 8.4 GW of installed capacity – our highest total in any single country – and, in a JV with Hassan Allam, constructed an impressive portfolio of plants.
We started with the Cairo North I combined-cycle power plant, which has an installed capacity of 750 MW. Then came Cairo North II (750 MW), Nubaria I and II (1,250 MW each) and Nubaria III (750 MW). We also did Ain El Sokhna (3 x 650 MW). Finally, we have just finished South Helwan (3 x 650 MW) and are about to finish West Cairo (650 MW).

What is your recent engagement in Egypt’s renewable energy sector?
This year we returned to the power generation sector with a new development. We have a contract for a 50-MW solar PV plant in Zafarana with our German partner Belectric. This project has already started and we are happy to be back in the power generation sector. We believe that the future is in renewables.
We experienced difficulties with the 50-MW solar PV IPP project we undertook within the Benban Solar Park. Now, CCC is willing to take any opportunity to work as a developer and investor. Unfortunately, when the tariffs changed, our international partners in the investment dropped out and we were not able to continue the project. We are still interested in participating in similar schemes, though.

Is that the same approach as you had to the Tahrir Petrochemicals Complex?
Yes, in Tahrir we were equity partners, but our equity was smaller, both as a share and, especially, compared to the volume of construction. In the Benban project, we had a majority stake and, in fact, were looking to get even more. But unfortunately it didn’t work out.
The model used in developing the Benban Solar Park was very successful. This should open the eyes of the Egyptian government to the advantages of private-sector involvement in infrastructural investment. We believe infrastructure must expand massively and very quickly. What the government is doing now is beyond imagination: it’s investing in transportation, pipelines, roads, and networks – everything! This is just beyond the capacity of the government – a burden on its budget that cannot keep expanding.
It is also forcing the government to borrow heavily in order to satisfy all these requirements. We must create a model where the private sector can come on board as the core developer. We need the private sector to be both developer and operator of infrastructure, whether by way of a PPP, a concession or some other similar arrangement.

Isn’t that the reason behind the latest gas and electricity laws that are unbundling the sector?
Exactly. We need to push further in that direction. Benban was not easy but, to secure the support of financial institutions, it was a real model of a PPP project in power generation. It was interesting to see 1.5 GW of renewables developed over a single year. It was quite successful in getting financial closure and financing from international financial institutions. A lot of knowledge was transferred.
We now have capable development companies and the whole ecosystem has been developed. This can be seen clearly. There is now a clear distinction between the regulator and the government. There are local lawyers who understand project bankability and how to draft a PPA [power purchase agreement]. Local banks have started to be interested. When we used to talk with local banks they didn’t understand the financial model of renewable or PV power plants. Today they understand because they have seen successful models.
More recently, we’ve started to see interesting models of PPAs between private-sector companies. This was something we never expected until the new electricity law gave the private sector the right to develop power generation and sell electricity. The power sector is divided into three parts: generation, transmission and distribution. Transmission is managed by the government, but the private sector is allowed to do power generation and development, as well as distribution.
This, combined with the gradual removal of energy subsidies – since you won’t find a place for the private sector in a subsidised market – is increasing the competitiveness of renewable energy. We cannot talk about the “competitiveness” of renewable energy if the government is still subsidising electricity. We are in the midst of reform now, and interesting and very successful models of private-to-private PPAs are now available.

What is your view on the potential of green hydrogen?
It’s a very interesting topic. Everyone is talking about green hydrogen right now. We’re glad that we had the awareness and foresight to see which way things were going. We signed an MoU with Fusion Fuel to develop a green hydrogen demonstration plant, which is very interesting. The technology involves direct electrolysis through the PV panel itself.
We know that the Egyptian government is interested, although the green hydrogen strategy has yet to be formalised. We will be putting together a proposal for the government.

What type of projects are you looking at in the downstream sector?
We are talking with most of the EPC players we’ve worked with before. At CCC, we like to have long-term relations with EPC players in the region. This is true for Bechtel, JGC, Chiyoda, Saipem, Linde and Petrofac: we’ve not just had single-project relationships with them.
We are in talks with most of the EPC players who are looking at Egypt, especially those who specialise in the Egyptian model because that model includes local players and government-owned entities. Those entities’ performance and position in the market are quite different from those of normal competitors. In many cases, they will become equity partners in a development, which can make your competition very difficult. Whenever there is a model of pure clean competition, we are more than willing to get involved. We want the chance to compete.
In Egypt we have not yet been lucky enough to secure any oil or gas projects. We have been in the power, infrastructure and high-quality building sectors, but in oil and gas, due to the market’s size and character, CCC has not had the right opportunity yet. It’s about having a project of a size that makes us competitive.

What energy-related-areas have the greatest potential for CCC in Egypt in the coming years?
CCC is interested in working as a contractor on the large petrochemical complexes that are upcoming in Egypt. We want to play the role of infrastructure developers and investors on the renewables side – and to take part in the green hydrogen initiative.