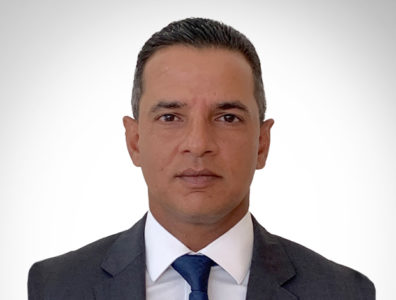 The upcoming bid round heralds a return to positivity on which so much for this country depends.

A return to prosperity

Kosala Wijesinghe, general manager of GAC Angola, talks to The Energy Year about how the company’s services and strategy are evolving as activity resumes in Angola and opportunities emerge in the local upstream sector. GAC is a global provider of integrated shipping, logistics and marine services.

How did GAC manage to continue operations in the challenging business environment of 2020?
As part of the wider GAC Group, we benefitted from the directions and support from the group HQ in Dubai. Working from home was a challenge at first because not everyone in Angola had access to the necessary equipment, which meant those of us that did needed to take on extra responsibilities to ensure we continued to meet our clients’ needs, seamlessly.
One key area of our business is representing ship owners of tankers that call in Angola to load and discharge oil-related products. Fortunately, there was little Covid-related impact on that activity because it all takes place offshore. While there was a noticeable slowing down in some areas of our activity, an upturn in others counteracted that.

What obstacles did you face in port activities?
One of the main challenges in handling vessels emerged when they had to be cleared, with physical representation, to enter and exit the country. Due to the pandemic, we could not conduct the inward and outward clearance in person. To resolve that, the various terminals jointly engaged with the relevant authorities and, with the support of ship agents such as GAC Angola, a mechanism was created to remotely clear ships. That continues to this day and may well become permanent.

What are GAC’s main activities in Angola?
Our work is split about 50/50 between general ship agency services and the more specific needs of the energy sector. About 75% of our oil and gas clientele are service providers to the oil majors.
GAC Angola was set up in 1998 to represent ship owners and operators as agents for their vessels calling at the country’s ports to load or discharge their cargoes. We soon became acquainted with the oil and gas sector and are now specialists in meeting the needs of the biggest names in energy – some for nearly 20 years now.
GAC also has an exclusive hub contract with the main LNG operator in Angola, which means GAC Angola is entrusted to support most of the vessels calling at the LNG terminal. We support every aspect of a ship and her crew’s operations, from the delivery of ship spares for the vessel to arranging provisions, transport, accommodation and even Covid tests for the crew.

Where do you see opportunities for GAC Angola to gain more market share?
Thanks to the GAC Group’s numerous global and regional contracts, GAC Angola has a significant share of the commercial shipping, crude tanker and product tanker agency business. The energy sector is one of the key focus areas for the Group; our GAC Energy business was recently restructured and rebranded to reflect the increasing importance of renewable energy, and we have specialist teams in all the energy hubs such as Houston (the energy headquarters of the world), Aberdeen, Singapore and the Middle East. I would like to see us continuing to increase and build upon the level of support we provide to the energy sector in Angola.

Which energy-related services will you have the most involvement in?
We expect to continue to provide a lot of support services for the upstream sector with offshore vessels. People don’t work for extended periods offshore – many are on 28-day rotations. There’s a significant movement of people, cargo and equipment involved in these operations that GAC has unrivalled experience in supporting. For example, GAC Marine Logistics provides door-to-deck delivery of ship spares. Thanks to such specialisms and our strategic network of offices around the world, GAC is ready, willing and able to strengthen our already robust bonds with the energy sector.

What are the challenges for further developing the marine services sector in Angola?
Bureaucracy presents ongoing challenges, and this needs attention if companies are to operate effectively and successfully. For example, the ease and speed with which visas are obtained could be significantly improved, which in turn would speed and facilitate the development of services in the sector.
The stringent compliance requirements in the energy sector can be challenging for some local suppliers. GAC has a well-established, robust Code of Ethics including anti-bribery and corruption, HSSE, whistleblowing and privacy policies, all reflecting the zero-tolerance approach of the oil majors and others we serve.

How do you see the upstream sector evolving in the near future?
In the second and third quarters of last year there were – unsurprisingly in the circumstances – a few cancelled projects and some rigs moved, warm or cold stacked. Research and development also slowed but now we are thankfully seeing activity pick up again, because some contracts were suspended rather than cancelled. One of our clients has recently recommissioned a rig that had been warm stacked for almost a year.
We have seen in the press that a few oil majors are restarting operations, with new rigs coming in. The upcoming bid round heralds a return to positivity on which so much for this country depends. The government’s creation of the ANPG [National Oil, Gas and Biofuels Agency] reflects that, and will certainly play a significant part in a return to prosperity for the sector.