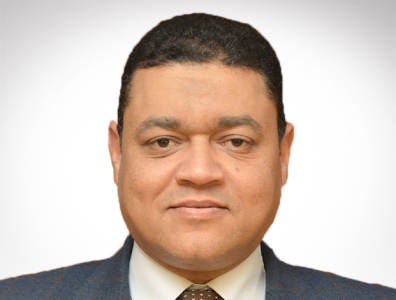 Yasser Salah El Din, chairman and managing director of the Egyptian Natural Gas Company (GASCO), talks to TOGY about how the company is expanding and modernising the national gas grid in order to support Egypt’s ambitions to become a regional oil and gas hub. GASCO is engaged in natural gas transmission, processing, distribution and marketing.

What are the national gas grid’s key features and future expansion potential?
The national gas grid is the vital link in the energy chain between gas producers and consumers. It is the largest and longest in Africa and the Middle East, with a length that reaches 7,620 kilometres, compared to 2,800 kilometres when GASCO was first established in 1997, achieving an evolution rate of 272%. This led to an increase of transportation capacity by more than six times to reach 240 million cubic metres [8.48 bcf] per day at the end of 2018, compared to 37 million cubic metres [1.31 bcf] per day in March 1997.
The grid covers the Nile Delta and Western Desert area, to the furthest point of the South Valley in Aswan (Upper Egypt) and is extending east to Sinai (Eastern Egypt) and along the coast of the Red Sea.
The expansion of the national gas grid is a prerequisite for the deployment and maximisation of the use of natural gas to cope with the ambitious economic and social development plans currently taking place in the country.
Concerning the international reach, GASCO has implemented pipeline projects in neighbouring countries, for example the Jordanian kingdom, and continues in the management and operation of the second and third phases of the Arab gas pipeline, which runs from the city of Aqaba in Jordan to the Jordanian-Syrian border, with a length of 424 kilometres, as well as the operation and maintenance of the reduction and metering stations for 12 power stations.

How will the recently achieved gas self-sufficiency help to turn Egypt into the East Mediterranean energy hub and grow its petrochemicals portfolio?
After new gas discoveries achieved in Egypt during the last few years, particularly the Zohr gasfield and other deepwater fields in the Mediterranean Sea, importing LNG halted in September 2018, which achieved one of the most important strategic objectives to secure the gas demand for the electricity and industry sectors. In addition, gas exports to Jordan were resumed in the fourth quarter of 2018 after being halted for three years and natural gas value-added industries, for example petrochemicals, will expand greatly during the coming period.
Regarding the East Mediterranean energy hub, on January 14, 2019, the Eastern Mediterranean countries agreed in Cairo to set up a forum to create a regional gas market that cuts the capital expenditures of infrastructure and offers competitive prices.

What are GASCO’s assets?
GASCO owns the Western Desert Gas Complex (WDGC), which is the first NGL plant in Egypt producing an ethane/propane mixture for the petrochemical industry and commercial propane. The plant started regular production in mid-2000 in Al-Amerya area in Alexandria. It receives and treats 900 MMSCFD [25.5 mcm per day] from Western Desert gasfields and in 2018 produced 2.127 million tonnes of ethane/propane mixture, commercial propane, LPG and condensate products.
GASCO has assets that implement the operation and full control of the national gas grid, for example the National Advanced Transmission & Automation Centre (NATA), which began regular operations in October 2003 to achieve the required performance for safe gas supply.
Furthermore, in a bid to boost the benefits of the business, GASCO intensively invests in partnerships that pay the best interest. In this regard, GASCO takes its part as a shareholder in the establishment of 22 sister companies working in various activities related to natural gas and its derivatives.

What were your key activities in recent years regarding natural gas projects, processing plants, pipelines, construction and maintenance?
In 2018, GASCO implemented several projects in the gas grid with a total length of 130 kilometres including projects to supply Siemens’ power plants with natural gas, as well as projects under progress to support the national natural gas grid, for example the pipeline feeding the ELNG plant and the Al-Tina – Abu-Sultan – New Administrative Capital pipeline to transport gas produced in the Zohr field to feed the power station of the New Administrative Capital. Further, 12 feeding offtakes for the gas transportation and distribution companies were completed.
Furthermore, during 2018 the installation and operation of reduction and metering stations for some power stations were completed, for example West Assiut, South Helwan, the extension of the 6th October power station and the Suez thermal power station. Moreover, three reduction and metering stations for the Egyptian Refining Company in Mostorod, KIMA’s urea and ammonia plant in Aswan and the Industrial Developers Area in the 10th of Ramadan industrial zone were completed.
Concerning gas plant projects, the pipeline project for transporting Raven field gas in the North Alexandria concession area to GASCO plants is being implemented to compensate for the expected decrease in feed gas of GASCO plants from the Western Desert fields and to maintain a stable production level of natural gas derivatives at the WDGC and Amerya LPG plant.

What is the type and scope of your contracts and clients?
There is a diversity in the types of contracts signed by GASCO, for example gas delivery contracts with various natural gas customers, as well as project services and execution contracts with contractors for new projects and product sales contracts with downstream companies for the products of GASCO’s plants.

How are you integrating with your sister companies and what agreements do you have in place to provide feedstock to industries?
In a bid to achieve added value from natural gas and its derivatives, we intensively integrate with sister companies in providing feedstock to industries, for example petrochemicals. GASCO provides the petrochemical companies Ethydco and Sidpec with a mixture of ethane/propane as a feedstock for their plants. Also, commercial propane will be pumped to the propylene production plant that is under construction at Sidpec, and finally LPG and condensate are supporting the domestic market consumption.
GASCO is a shareholder in the establishment of some sister companies, for example UGDC’s natural gas derivatives extraction plant in Port Said, as well as Ethydco, which has an ethylene and polyethylene production plant, and many other companies working in the field of natural gas distribution.

What are the key features of the National Advanced Transmission & Automation Centre and how is it improving efficiencies in your operation?
The National Advanced Transmission & Automation Centre (NATA) is the core and crux of our control over the grid. It is our smart choice to put the best innovation to work in the national gas grid through a group of integrated systems providing perfect professional performance for safe gas supply. GASCO has built NATA from bricks to clicks to maintain utmost control over the grid using advanced technologies and programmes – for example, supervisory control and data acquisition systems (SCADA), gas grid analysis and gas grid upgrading and maintenance.
The SCADA system is a highly sophisticated integrated system bringing the fields to the field of vision while masterminding co-ordination and control of gas transmission and distribution and analysis for failure or leakage via an advanced bundle of software applications making remote processes visible to everyone, from control room operators to the contingency management team and decision-making support systems.

What are the services offered through the Pipeline Integrity Management Centre of Excellence?
The Pipeline Integrity Management Centre of Excellence (PIMCOE) is considered to be the first of its kind in the Middle East. The operational excellence of GASCO is intended to ensure that customers receive the best inspection, pigging proficiency and rehabilitation services.
In 2018, PIMCOE inspected a total of 410 kilometres in length in the national gas grid and 283 kilometres of lines owned by Badr El Din Petroleum Company. By the end of 2018, the total length of the pipelines inspected by PIMCOE since its establishment in 2006 reached 8,180 kilometres.
In addition, PIMCOE has implemented several inspection and pigging services in different countries worldwide (China, England, the USA, Australia and Saudi Arabia) with a total of 605 working days.

What is your outlook and strategy for 2019?
In 2019, one of the main strategic objectives for GASCO is the comprehensive examination of the national grid performance in different natural gas supply and demand scenarios based on production and consumption forecasts, particularly after new gas discoveries in the Mediterranean Sea. Another goal is to figure out the required expansion and modifications in the national grid to enhance the grid efficiency and achieve proper balance in operating pressure in different national grid areas.
Furthermore, GASCO will continue technical review and rehabilitation of components of the national natural gas grid to comply with the network code of the gas market regulatory authority.
Moreover, the functionality performance of the National Advanced Transmission & Automation Centre (NATA) will be developed by applying the latest technology, which will support decision making during different manoeuvring operations of the natural gas national grid.