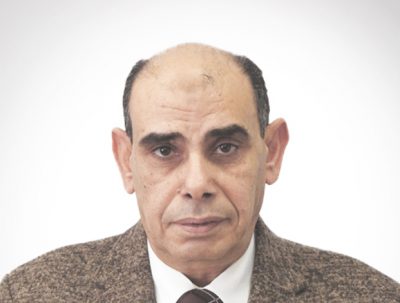 The EGPC plan for the excess produced gas will involve a major increase in petrochemical plants.

Amgad Al Ahmady, chairman and CEO of Egyptian Projects Operation & Maintenance (EPROM), talks to TOGY about how the company’s services improve plant performance and trends in Egypt’s downstream sector. EPROM provides operation and maintenance for downstream projects in Egypt and the region.

How does EPROM contribute to the strengthening of Egypt’s petrochemicals industry?
In EPROM we have become the main operation and maintenance services provider for both refineries and petrochemicals subsidiaries of EGPC. We are aware of the importance and the added value of the petrochemical industry to the Egyptian market, so besides operating two major petrochemical plants, ELAB and Estyrenics, we work closely with ECHEM for the technical support for other established companies.

What input do you bring to the table to help companies perform better?
With the companies to which we provide operation and maintenance services, we have KPIs that we have to achieve. We have to maintain these KPIs as part of our own target system. These KPIs are primarily regarding power consumption and hydrocarbons losses. For instance, in 2018 we achieved 0.3% hydrocarbons loss instead 1% as a KPI contractual figure with Midor. The average hydrocarbons loss for refineries worldwide is 0.5%.
In 2018, we also increased the processing of crude oil in Midor’s refinery from 33 million barrels per year to a contractual figure of 37 million barrels per year. We also achieved a reduction in energy consumption of 18% in electrical and natural gas utilisation by the site. As a result of these achievements we receive a bonus from the refineries, for example from Midor in 2017 we were given a bonus of USD 700,000.
Oil refineries are designed per the specification of the crude to be refined. However, during operation you don’t always operate using those crude oils. There were some problems at Midor’s refinery between 2011 and 2013 because they were processing lighter crudes. In a refinery designed for heavy or moderate crude this created some problems in the downstream and distillation equipment.
We advised Midor to install a preflash column to be used during the processing of lighter crude oils, to cut these light products before they were introduced to the heaters and avoid any more flashing inside the heater, which was decreasing the lifetime of the heater tubes. We got approval from Midor and did the basic engineering for the preflash system, and delegated the detailed engineering to Enppi, under our supervision as the owner’s representative. We completed the project in mid-2017.
We designed this system to achieve 100% capacity during the processing of lighter crude oils during preflash, or to increase the capacity by 15% if we processed the design crude oils. We built two scenarios for the design of the same preflash.
Our second-biggest client is ELAB, which is designed to produce 100,000 tonnes of LAB per year, plus 5,000 tonnes of HAB [heavy alkyl benzene]. In 2018, we produced 122,000 tonnes of LAB by making some modifications to the reactors and injected water to enhance the conversion process and increase production.

What opportunities does Egypt’s energy industry hold for EPROM right now?
EPROM is the owner representative and technical support arm and consultant for the revamps taking place at the Suez Oil Production Company (SOPC) and the owner choice to operate and maintain ERC.
Furthermore, we are starting two new projects. The first is for ANOPC’s refinery in Assiut, where we are now starting a technical service consultancy project.
The second one is SUMED’s facilities at Sokhna, where we are preparing a quality management system to be used on the terminal.
We are also working as the technical support company for other entities in Egypt on small projects, modifications, or new installations for debottlenecking.

Do you see any work coming from the gas side?
As the official technical support entity of EGPC, we provided technical support and consultancy services for several gas companies and sites. Further, the EGPC plan for the excess produced gas will involve a major increase in petrochemical plants, where EPROM is already preparing plans to support and operate. In addition, we are currently one of the main provider of training services to Petrobel and other sister companies.

What is your international vision?
With our proved and increasing capabilities we are working hard to expand in the MENA region. We are already bidding in Algeria, shortlisted in Kuwait and providing technical support and training services in Libya
The region is full of promising opportunities in Iraq, Syria, Libya and Yemen. We are establishing active communications channels to take advantage of these opportunities.
Africa, in accordance with the political line sponsored by the Egyptian president, is one of our main targets for expansion, especially in Nigeria and Uganda.