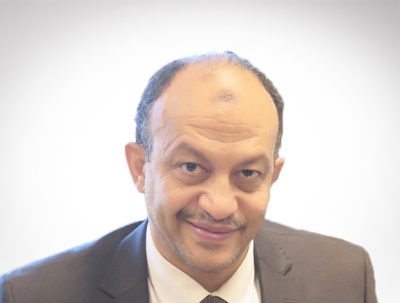 Egyptian companies are more than ready to benefit from this golden era by delivering world-class solutions.

Said Riad, CEO of SAPESCO - SAHARA Petroleum Services, talks to TOGY about the upstream potential in Egypt, how the private sector is responding to recent framework changes and the room being left for local players in Egypt’s “golden era.” SAPESCO is the oilfield services arm of the SAHARA Group.

What is your view on the latest milestones in Egypt’s oil and gas industry and how is SAPESCO taking advantage of them?
Let’s just say during the last couple of years there has been a revolution in the oil and gas sector in Egypt. We witnessed this in SAPESCO, where we have been awarded many new contracts and obtained more market share, which reflected on the company. Once exploration and production companies start to invest, everything will start: drilling, intervention, etc. and the demand will get higher. The last couple of years were very successful, and we have managed to almost double our market share and revenue.
2018 was one of the most significant years in the history of SAPESCO. We managed to achieve the highest market share, highest revenue and highest value in 30 years. The political and economic stability supported us to reach this level of success after the crisis we have faced.
We are one of the main companies working in the Zohr gasfield. We managed to acquire almost 50% of the commissioning services and activities of the large gas plant that is being constructed by Eni in this project. Beyond the Zohr gas project, we have been involved in other gas projects like the West Nile Delta developments by BP and we expanded our activities to the power and petrochemical sectors.

Which areas have the greatest potential for new discoveries?
After all the discoveries in the Mediterranean, Egypt is moving to the Red Sea, which is considered a virgin area after many years of being ignored. Aramco has made potential discoveries in the Saudi Arabia side, and we are hoping for the same in the Egyptian side. The last bid round announced by Ganope is for starting the exploration in this area. We believe the next era of oil and gas will be in the Red Sea.
The multi-client seismic project carried out was a great initiative. SAPESCO Exploration Services is engaged in data management for exploration data and seismic activities and has great potential to support the new exploration companies. Nevertheless, there are many opportunities in the pipeline. We know for a fact that Egypt is moving into another era of success in oil and gas in the next few years.

How is the private sector responding to recent framework changes?
Egypt has pushed through different reforms to attract key players, and it is paying off. We have faced many obstacles during the last few years, until this revolution in the oilfield business started in 2016. The political and social revolutions Egypt went through, the fall in oil prices and the tough competition forced many companies to think about leaving. At the same time, we were facing increased operations expenses.
There has been a revolution of challenging old ideas, thanks to His Excellency Mr. Tarek El Molla, minister of petroleum and mineral resources, who came in with a new vision. He pushed through this revolution and managed to make the idea of Egypt as an energy hub attractive. This is for not only oil and gas, but also for the electricity and petrochemicals sectors, where various projects started and others are still in the pipeline. At the end of 2016 we started to see new developments that brought hope. What happened in the last few years we call the golden era for the oil and gas business in Egypt.
Egypt is becoming an energy hub worldwide, not just in Africa. Egypt will be one of the most important countries in the world for energy, not only for oil and gas but for electricity, wind energy and solar energy; everyone will be looking to invest in Egypt.

Why is Egypt so well positioned to become a regional energy hub?
Egypt is in a privileged geographical position. And, thanks to the discoveries in the Mediterranean, such as the Zohr and West Nile Delta fields, we now know for a fact that Egypt has enough reserves to be an energy hub, not only for Africa but for the global arena. The ministry has an encouraging plan to transform the Egyptian market into an energy hub.
We have a very aggressive plan for petrochemicals. There is talk about investments of USD 7 billion in petrochemical facilities in Port Said, Sokhna and Alexandria. This would not happen without recent discoveries.
In 2011, our petrochemical factories were running at 50% capacity because we didn’t have enough gas and oil or energy to run them. Now, after all that has happened in recent years, we have reached almost 80% capacity. Next year demand from available gas will stand for better utilisation of these facilities, and we will need more facilities. That is why they are going to have these substantial investments in petrochemical facilities.

What was your engagement in Zohr’s development?
One of SAPESCO’s divisions is SAPESCO Industrial Services, which is responsible for the pre-commissioning and commissioning of new projects. This service line was suffering from low activities before the Zohr project; Zohr (and other projects in the stream) literally saved this business. Zohr was a mega-project for us. We performed more than 50% of the pre-commissioning activities of the project.
The Zohr project managed to sustain our performance. After Zohr’s success, we are moving to the West Nile Delta project, working on a BP project that is very similar to what we did in Zohr. We are also engaged in another gas project with Agiba. Our reputation in pre-commissioning, commissioning, shutdowns, new projects and gas facilities is built on solid ground. Whatever the requirements are, SAPESCO can handle them.

What room is left for local players in Egypt’s “golden era”?
In spite of being proudly Egyptian, we do not call ourselves “local”; we call ourselves a “regional” company, having many bases in places such as Saudi Arabia, Kuwait, the UAE, Libya, Kurdistan-Iraq and Syria before its turmoil. Another factor in our success is that all of our people possess multinational experience; they know how to compete while delivering high-quality services.
For instance, something amazing happened in 2016. Egypt was suffering from lack of gas, and Shell’s Obaiyed gas facility in the Western Desert had a very bad situation due to scales and they couldn’t find a solution to remove this scale from the largest chemical suppliers worldwide. This was an almost USD 1-billion facility. The manufacturer advised them to shut it down and build a new facility. They were losing large amount of gas production per day, and the monetary loss was almost USD 2.5 million per day.
BAPETCO [Badr El Din Petroleum Company], Shell’s operating joint venture, sent us a sample of the scale and samples to other chemical companies worldwide, and had little hope SAPESCO would find a solution. After four months, our R&D team in SAPESCO Chemical Solutions got back to them with a solution. We worked with Shell’s labs in the Netherlands and with a team that came to visit us and they confirmed our in-house R&D had found the right solution.
We had many setbacks, but we managed to overcome all this and we managed to remove the scales and restore the facility to its original condition. Shell deemed this project one of 2016’s five most important operational projects worldwide.
We managed to save a substantial amount of gas for the Egyptian economy. We even got appreciation from the petroleum minister [at the time], Mr. Sherif Ismail, as a local company that managed to deliver this solution to one of the most important companies worldwide. In a nutshell, Egyptian companies are more than ready to benefit from this golden era by delivering world-class solutions.

How have you been building on BAPETCO’s success?
We really got this business lined up after this major project. We started to concentrate on promoting this business, to invest more in R&D, and now have seven types of chemicals for different types of scales. We have managed to save many wells having a solution for every scale. Texas A&M approved our chemicals and gave us a patent under our name. We now have a company in the US selling this product.
Thanks to this success we have many inquiries from companies in Egypt. One of them is Zeitco, an offshore oil company operating in the Gulf of Suez. They have many offshore wells suffering from iron and barium scales, which are very hard scales.
They tried to remove the Barium scale with a drilling rig, but they only managed to remove 2 feet after one month and USD 1 million for the offshore rig and did not succeed in recovering the well. We got a sample of the scale, our R&D team worked on it and we found a solution. The scale dissolver managed to remove 218 feet [66.4 metres] of scale. This well’s production was zero, and after removing the scales, it increased to 2,900 bpd.
We saved the well with the minimum cost. We managed to increase the productivity of various wells using our innovative scale dissolvers. Now many companies are enquiring about these chemicals to enhance the productivity of their wells.

How competitive is the chemical solutions segment in Egypt?
For the scale removal business, we don’t have any competitors worldwide. The last five years proved that we have something that nobody else has. We are discussing a project in Algeria regarding barium scales. Barium scales are very difficult; they can’t even be removed using mechanical means. Many companies have tried to remove this scale, and they only managed to get 5-10% removed. We got samples from the field and we managed to dissolve 85% of the scale. Nobody else can do this. We are working in the US with Texas A&M, to approve this chemical and announce worldwide that we have a solution for barium scales. We have an average success rate of 80%. For this kind of scale, SAPESCO doesn’t have competitors; we are the only company that can do it.