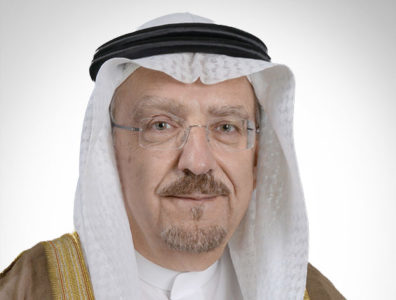 There is no doubt that power generation based on gas as its main fuel is the most economic, most reliable and most efficient source of electricity and desalinated water in the GCC region.

Sadad Husseini, founder and president of Husseini Energy and former executive vice-president of Saudi Aramco, talks to TOGY about the lessons that the global oil industry has learned as a result of the downturn in oil prices, plans for Saudi Arabia to expand its plans for gas usage and opportunities for super-majors to enter the country. Founded in 2005, the company provides forecasting, geopolitical analysis, sustainable strategies, oilfield technology and regional business development consultancy services.

On the state of the upstream sector: “In the medium term, investments in conventional upstream capacity have been too low for years. Before the end of this decade, we will see substantial shortfalls of conventional oil supplies, which will push oil prices up in a dramatic way. The Arabian Gulf will benefit from all this because there no doubt that it is the lowest cost production centre within the industry.”

Sadad Husseini also discussed the increasing demand for experienced analysis in Saudi Arabia in response to the flood of oil and gas data now available. Most TOGY interviews are published exclusively on our business intelligence platform TOGYiN, but you can find the full interview with Sadad Husseini below.

What has the global oil industry learned in the past few years?
What the industry is learning is that there have not been enough investments over the past couple of years in conventional oil capacity and that the global industry has a shortfall of supply looming ahead of it. The IEA [International Energy Agency] has reported in its most recent outlook in April that the shortfall of supply will exceed 1 million bopd in the next few years. Even within 2017, we will average a shortfall of about 100,000 bopd by year end. We expect oil prices will go up steadily during the balance of the decade.
The industry talks about US shale oil as being the new supply that will cover future demand. The problem with shale oil is that when you refine it, it does not yield valuable middle distillates, such kerosene, diesel or gasoline. In the past couple of years, the idea was that the American industry could take light shale oil and mix it with heavy crudes from Canada or Mexico to have a blend with an API gravity and sulphur content that is similar to conventional oil.
However, they found that when they processed these blends in complex refineries, they don’t behave like conventional crudes. Rather, they yield very light and very heavy products as their initial components would have done. This means that the US production of 9 million bopd cannot grow to meet its demand of 16 million bopd and that it will continue to import about 7.5 million-8 million bopd of conventional oil for years to come.
At the same time, increasing shale oil inventories represent hidden costs that will eventually impact capital investments in the US shale industry. Commercial inventories have already gone up by approximately 150 million barrels between January 2015 and April 2016, and all of this is trapped financing as well as a loss of returns on investments as shale oil sits in oil tanks waiting on sales.
Putting all this together, as well as the growing demand for conventional oil of 1.2 million-1.4 million bopd across the world, compounded by annual capacity declines of 3 million-4 million bopd, it is now highly probable that oil prices will range between USD 60-65 by the second half of 2018.

Is that logic manifesting itself in the gas expansion plans of Saudi Arabia?
Gas supplies in Saudi Arabia are vital for economic growth because they feed our power generation, petrochemicals and desalination sectors. Those sectors are vital components of the economic growth strategy of the kingdom as envisioned by deputy crown prince [now crown prince] Mohammed bin Salman. However, we do have a shortfall in gas supplies, and we have been burning about 300,000 barrels of oil in the winter and up to 700,000 barrels in the summer for power generation and desalination purposes. That is income and opportunity lost because domestic oil sales are heavily subsidised at about USD 5 per barrel. If we can replace burning oil with fuel gas, we would recapture billions of dollars in lost income.
This problem can be easily resolved by importing gas supplies. Global gas supplies from around the world are becoming more available at lower prices driven by large new reserves in US shale gas, Russian developments, Australian gas and other resources across the world. The outlook globally for incremental supplies of LNG at attractive importation costs is therefore looking very good.
In fact in the future, whatever gas we produce domestically will have to compete against the cost of imported LNG. Kuwait has already crossed that bridge and will be importing LNG, as will the UAE, Bahrain and others. We will have to make sure that either our domestic gas remains competitive against imports or that we import LNG and focus on exporting the oil we consume as fuel for domestic utilities.

How do you see the Aramco IPO affecting the upstream industry here?
First of all, I think the IPO is an excellent idea. It doesn’t take anything away from Aramco and adds a lot more in terms of technology, access to human resources, creativity and financial management. The investors who will become involved with Aramco are coming from the top of their business sectors.
These are people who can contribute specialised information and expertise, which can be of great benefit to both Aramco as well as the Kingdom of Saudi Arabia. In any case, the overall control over Aramco and the oil sector will remain in the hands of the government and its representatives and there is nothing lost in that regard and everything to be gained.
Aramco’s value is both commercial and strategic and therefore to a large extent has a component that lies in the eye of the beholder. If you are a major investor with a strategic vision that includes a position in a critical commodity, such as is the case for investment funds based in the Far East, you will be keen on participating in Aramco’s IPO. That’s because it is a sustainable, long-term investment opportunity that is one of a kind in a commodity that has an enduring economic value that can be relied on to deliver credible returns for decades to come.
It has been reported that even major independent oil companies might be interested in participating in Aramco’s IPO. That would be a great opportunity for them if they did. Although it would not be their main source of income, it would allow them to work closely with Aramco as well as the Kingdom of Saudi Arabia in a sector that they are already deeply invested.
Aramco has been involved in downstream JVs with a variety of major oil companies in North America, Korea, Japan and China. If there were international oil companies invested in Aramco’s IPO, it would be nothing new and could lead to even closer co-operation in downstream and upstream opportunities across the world.

Will there be difficulties for GCC countries to meet their power consumption needs in the future?
There is no doubt that power generation based on gas as its main fuel is the most economic, most reliable and most efficient source of electricity and desalinated water in the GCC region.
I think fuel gas requirements in the Gulf are always going to be significant and will grow as the region’s population and industrial centres continue to evolve. Such fuel gas however does not have to be sourced solely from the Gulf. For example, USA and Russian LNG may find its way to local markets, and the companies that position themselves ahead of their competition will capture the dominant market share.

How will Saudi Arabia compare to other major oil and gas nations going forward?
We tell our clients, many of whom are in the financial and oil services sectors, that you have to frame the future in terms of the short, medium and long term. In the near term, there is are big light oil inventories in the USA, but it’s not across the board in the industry. In the meantime, product inventories are going down and that is now what really matters.
In the medium term, investments in conventional upstream capacity have been too low for years. Before the end of this decade, we will see substantial shortfalls of conventional oil supplies, which will push oil prices up in a dramatic way. The Arabian Gulf will benefit from all this because there no doubt that it is the lowest cost production centre within the industry.
The deep offshore basins will also benefit in the medium term because they are very prolific in offshore Brazil and West Africa, although also very expensive. For such developments, you need about USD 35,000 of investment for every one barrel of capacity. Canadian oil sand projects, however, are unlikely to recovery anytime soon because they require investments of USD 80,000-90,000 per barrel of capacity. In the GCC, our investments run USD 10,000-15,000 per barrel of capacity.
Of course there are many other political, economic and risk factors that guide investments and need to be considered. For example, domestic security in Libya is unlikely to recover anytime soon, Iran has regional political problems, Nigeria has civil conflicts, and Venezuela and Iraq have domestic turmoil issues.

What can you tell us about the short-term trends in the trade of oil?
In the short term, oil markets will be volatile through the second quarter of 2018. In the US, if you keep adding unwanted oil to inflated inventories, at some point somebody has to pay the piper. Investors and creditors are going to wonder where their cash went and force severely discounted oil sales. If inventories do not clear up in a substantial way this summer, that is the outlook for year-end 2017 and early 2018.

What is your strategy for the company in the coming years?
We are finding that there is a lot of demand for experienced analysis of the flood of data that is available in the industry. For us this continues to be very marketable for the short term. Our strategic clients also continue to be focused on the medium term because of the sense that it has many challenges and opportunities that will evolve in time. We try to anticipate and track the key factors that are likely to affect volatility in the oil markets and the unexpected developments that need to be anticipated and tracked.
The commercial developments in Saudi Arabia itself continue to be quite impressive and we provide our clients within and outside the kingdom with detailed assessments of their outlook.

For more information on Husseini Energy, including the company’s regional business development consultancy services, see our business intelligence platform, TOGYiN.
TOGYiN features profiles on companies and institutions active in Saudi Arabia’s oil and gas industry, and provides access to all our coverage and content, including our interviews with key players and industry leaders.
TOGY’s teams enjoy unparalleled boardroom access in 35 markets worldwide. TOGYiN members benefit from full access to that network, where they can directly connect with thousands of their peers.