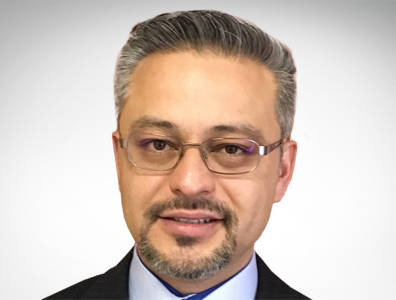 The idea is to generate a climate of positive investment, where the generation of wealth for all parties involved is framed clearly in a contract between authorities and players.

Salvador Ugalde, head of the Hydrocarbons Income Unit of Mexico’s Secretariat of Finance and Public Credit (SHCP), talks to TOGY about the effects of the liberalisation of petrol prices and the challenges Mexico has faced during the oil price slump.

The SHCP manages the Mexican government’s economic policies regarding debt, finances, taxes, income and spending to allow for healthy economic growth. In the upstream sector, the secretariat is responsible for designing the economic terms for Mexico’s E&P contracts. In Mexico’s downstream sector, the secretariat is involved in the power generation sector, specifically setting tariffs for residential consumers. The SHCP is also working with relevant agencies to ensure the creation of a competitive environment in the domestic fuel retail market.

• On petrol prices: “Increasing fuel prices is not exactly a very popular move, and it is difficult to make economic decisions when they are so tied to politics. Therefore, the energy reform regarding petrol prices, in conjunction with the gradual adjustments foreseen in the fiscal packages, are a step in the right direction, recognising costs, opportunities and externalities caused by the burning of hydrocarbons.”

• On tax reform: “The tax reform coincided with the fall of oil prices. This made it possible to compensate for the fall in revenues through the collection of income tax and value-added tax. This has allowed us to maintain our trajectory in terms of sustainable public policies.”

• On adjusting to feedback: “Mexico is on an unprecedented trajectory. Considering that this is only the beginning of the long road of energy reform, the state has demonstrated that it is willing to listen to the voices of the sector, to work in co-ordination with the industry and consider their feedback to evaluate areas for improvement.”

Ugalde also discussed the lessons learned from the Round 1 auctions and efforts to improve interinstitutional collaboration. Most TOGY interviews are published exclusively on our business intelligence platform TOGYiN, but you can find the full interview with Salvador Ugalde below.

How is the liberalisation of fuel prices progressing and what impact will that have on consumers?
Previously, Mexico had a closed market controlled by a state monopoly. While that gave the state the ability to control petrol prices and supply, it also meant that commodities were not subject to international market realities.
If the price controls had been kept as in the past, we would continue to see transfer of wealth concentrated mainly in the sectors of highest consumption. From the state’s point of view, there was always the problem of regressive transfer of resources to the part of the population with more income.
Increasing fuel prices is not exactly a very popular move, and it is difficult to make economic decisions when they are so tied to politics. Therefore, the energy reform regarding petrol prices, in conjunction with the gradual adjustments foreseen in the fiscal packages, are a step in the right direction, recognising costs, opportunities and externalities caused by the burning of hydrocarbons.

What policies has the SHCP implemented to secure stable fiscal revenues during a time of low oil prices?
The recent low oil prices have been very difficult for us, because previously, we had been used to windfall oil rents. In January 2016, there were a couple of days that the Mexican blend bottomed at around USD 18 per barrel, although the monthly average was USD 23.91 per barrel. That was complicated.
Fortunately, the SHCP and Congress had the foresight to issue a budget that provided stability. From then on, it was recognised that the price was no longer USD 80-90 per barrel, but that it would fluctuate between USD 45 and USD 55.
In this context, our role has been not to create conditions in the bidding process that might distort the behavior of players, but rather to promote competition so that blocks may be allocated to those who are willing to promptly invest.
Another key factor is that the tax reform coincided with the fall of oil prices. This made it possible to compensate for the fall in revenues through the collection of income tax and value-added tax. This has allowed us to maintain our trajectory in terms of sustainable public policies.

How is the SHCP working to provide a fair tax framework for the contracts that also promotes competition?
For shallow water, a government take of 55-60% for areas under exploration and 65-80% for open fields seems to be within global benchmarks. That signal was provided by the market, and indicated that there were players willing offer those terms.
Additionally, Pemex has the power to migrate areas to a contract scheme. The SHCP has now seen the results from the tenders, and may establish contract parameters in accordance with market conditions.
We can use those to evaluate further adjustments to Pemex’s migrations towards something more responsive to the contractual area situation and similar to the allocated contracts. In the case of the Ek Balam field, for example, the trade-off was an increase in the limit of deductions and increase in the share for the state. When offering a much wider cost limit, we saw in the tenders that companies could be more aggressive in their offers, which has the benefit of allowing quicker and higher investment levels.
There were offers where we received more than 80% of share for the state, but the average bid was around 70%, which is what was considered for Ek Balam. Looking forward, Pemex may opt to gradually migrate its portfolio into the contracts scheme, given that is more efficient in terms of control and alignment of incentives. Obviously, that has to be done in an orderly way to avoid short-term shocks to the public finances.

How are new technologies being applied to better collect tax information and provide a more efficient platform for actors in the energy market?
In recent years, the SAT [Tax Administration Service] has made an enormous effort to systematise and automate tax returns and collections to make it more efficient. This has meant going from a framework of paper invoices to an electronic invoicing scheme. We are transitioning to an electronic accounting scheme, where everyone has their income statement and their balance, as an analogy with the SAT, so there is a more efficient tracking system.
In terms of hydrocarbons, and specifically in the financial management of the contracts, an important effort has been made by the FMP [Mexican Petroleum Fund] in co-ordination with the SAT to replicate and electronically manage all operations carried out in a contract, as well as co-ordinating, for instance, the verification of the authenticity of information provided.
The background, information on sales, prices and volumes, is all uploaded to the FMP electronic system. The CNH [National Hydrocarbons Commission] is also involved in this scheme of interinstitutional collaboration and cross-data sharing, where all operational records are systematised.
This information is essential, and it is used to process and draw results corresponding with each contract and to verify that payments have been correctly made. That data is used by both the FMP to manage financial aspects of contracts, and by the SHCP to verify that operations have been carried out in accordance with the contracts.

What is the SHCP’s assessment of the Round 1 auctions, given the contractual adjustments made throughout the process?
Round 1 was a very interesting process with a fast learning curve. It passed satisfactorily and successfully. The first tender was not what we had initially expected, in that only two of 14 blocks were awarded.
However, we saw participation, players and interest. Along the way, we made the necessary adjustments to areas where we saw friction. An example would be the minimum acceptable bid parameters. We went from revealing them after the envelopes with the offers were already submitted by the bidders, to revealing them in advance of the participants’ submissions of their proposals. This little detail generated more confidence in the bidders and added more competition to the auction process.
The SHCP must comply with its mandate to maximise the country’s oil income. Having said this, the key lies in finding the balance between offering contractual terms that interest investors with the right amount of incentives and in having a fair share for the state as determined by the market.
Thus, we were able to learn from this first round. We were reassured about our tools for follow-up, and that the technical and operational execution plans of the companies involved met the expectations of an oil-rich state with a strong history and strong background.

What is the SHCP’s strategy for ensuring successful bidding rounds?
The strategy starts with SENER [Secretariat of Energy] selecting adequate areas. SENER decides the type of areas and contractual modality – either PSCs or licences – and based on that, we review whether we need to adjust the contractual terms, considering the market trends. From our administrative position, the goal is to have a fiscal framework that generates competition, while at the same time, allowing the state to maximise income.
In this sense, we are continuously exploring ways to improve. We look for ways we might do better by, for example, simplifying processes with the FMP or by streamlining communications and how we process information, verify and audit.

Are the energy regulatory bodies receptive to feedback from players looking to enter the market?
Mexico is on an unprecedented trajectory. Considering that this is only the beginning of the long road of energy reform, the state has demonstrated that it is willing to listen to the voices of the sector, to work in co-ordination with the industry and consider their feedback to evaluate areas for improvement.
All this is done with the goal of increasing Mexican oil production. The idea is to generate a climate of positive investment, where the generation of wealth for all parties involved is framed clearly in a contract between authorities and players.

For more information on Mexico’s Secretariat of Finance and Public Credit, such as its role in setting financial terms to ensure a competitive E&P licensing process, see our business intelligence platform, TOGYiN.
TOGYiN features profiles on companies and institutions active in Mexico’s oil and gas industry, and provides access to all our coverage and content, including our interviews with key players and industry leaders.
TOGY’s teams enjoy unparalleled boardroom access in 34 markets worldwide. TOGYiN members benefit from full access to that network, where they can directly connect with thousands of their peers.